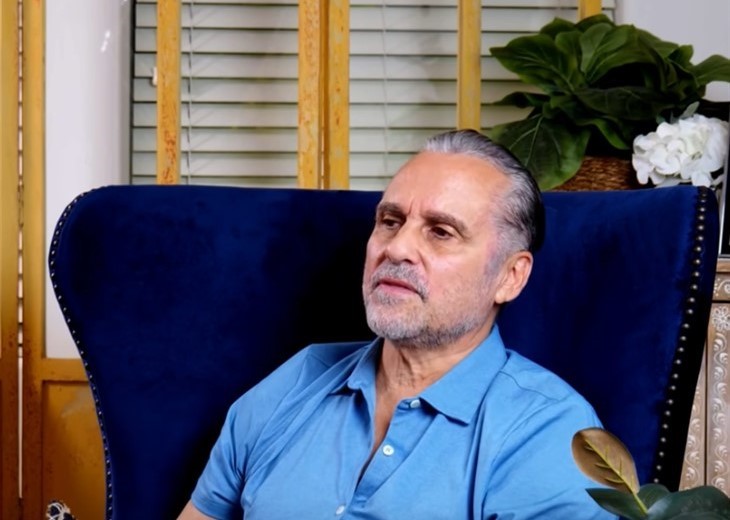 General Hospital star Maurice Benard (Sonny Corinthos) continues to delight viewers on the show. But Maurice also has developed a growing fan club for his YouTube channel, State Of Mind. And Benard often interviews other General Hospital stars in his videos.

Recently, Maurice invited newcomer Evan Hofer (Dex Heller) to join him in his video. Find out what the two General Hospital actors revealed during their conversation. And check out the YouTube video below!

Turning to Twitter, General Hospital star Maurice Benard shared an invitation to his followers to watch his session with his co-star Evan Hofer. “Today on @mbstateofmind I’m joined by Evan Hofer. ( @EvanHofer ),” tweeted Maurice. “Evan talks to me about getting the role on @GeneralHospital and his absolute love of surprises. We bond about anxiety, managing your expectations and staying in the moment.”

Evan talks to me about getting the role on @GeneralHospital and his absolute love of surprises. We bond about anxiety, managing your expectations and staying in the moment.

And fans shared enthusiasm for the video. For instance, one responded, “I’m looking forward to it – I don’t know anything about the actor,” admitted the fan. “But I think he is good on the show. I love learning more about the lives of the guests on your show – you are so good at this and it is really helpful to not feel alone w/ anxiety/mental health issues! Thank you!”

And the conversation revealed just how much Maurice has helped Evan. As a result of the General Hospital veteran helping the younger actor on his first day, Hofer shared his gratitude. And he called Benard’s willingness to mentor him “incredible.” For instance, Maurice helped Evan learn the format. And he also encouraged the actor to bring his own style to the role.

When Hofer admitted that he suffered from anxiety, Benard asked for more details. And Evan explained that he never wants to seem overconfident or cocky. As a result, he tends to belittle himself.

However, Maurice told a story about actress Sharon Stone that seemed to help Hofer’s confidence. The General Hospital actor shared that Stone actually struggled in acting classes. But then she caught on and became brilliant. And the reason proved simple. Sharon finally felt that she was enough, said Benard.

In addition, Maurice encouraged the younger actor to understand the importance of subtlety in General Hospital. Because larger than life characters have become a stereotype, Benard believes that keeping a characterization subtle can make General Hospital seem more realistic. Evan expressed appreciation for the coaching. And he praised his mentor for building him up while challenging him to become better.

Tell us what you think. Do you feel impressed that an established actor like Maurice Benard would take time to coach and mentor a newcomer like Evan Hofer? And after you share your views, check back on our site for more General Hospital news. Plus: Check out the video below!