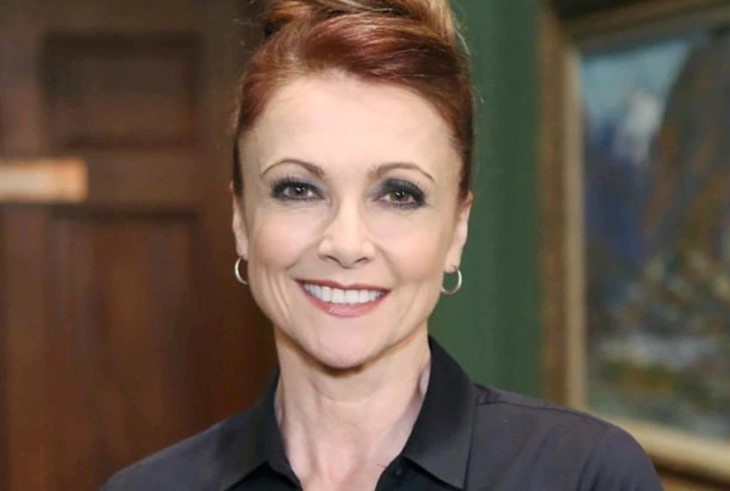 General Hospital spoilers tease that it’s been almost two years since viewers last saw Holly Sutton (Emma Samms). After Robert Scorpio (Tristan Rogers) and Olivia Falconeri (Lisa LoCicero) tracked Holly’s distress call to a casino in Monte Carlo, they teamed up with Ethan Lovett (Nathan Parsons) to make a rescue attempt. Unfortunately, things didn’t work out as planned and Robert and Ethan found themselves in danger. Olivia rescued them but then they were all faced with finding Holly, to no avail. In fact, they were all faced with the reality that Holly died.

General Hospital Spoilers – Holly Scorpio Is Believed To Be Dead!

Although they didn’t find Holly at the casino, they did discover that she had been there. Unfortunately, a body was found nearby and Holly’s rings were among the remains. Robert had no choice but to believe that Holly was really and truly dead. But viewers soon discovered that Holly was alive and well and being held captive by an unknown enemy. Robert went on with his life believing that his soul mate was gone for real and Holly hasn’t been seen since. But all of that is about to change in October.

Viewers will soon discover where Holly has been all this time. Is she still someone’s prisoner or did she find a way to escape? Has she been in hiding all this time? With Victor Cassadine (Charles Shaughnessy) still talking about his big plans, he remains the prime suspect in Holly’s abduction. Especially because it also appears that Victor is responsible for Luke Spencer’s (Anthony Geary) murder. Victor has been trying to neutralize anyone that he believes can stop whatever he has planned for Port Charles.

Robert and Olivia flirted for a time, but she returned to Ned Quartermaine (Wally Kurth). Then he spent some time with Jackie Templeton (Kim Delaney) but nothing came from that either. The truth is that Holly is Robert’s one true love. Once the threat of Victor is finally resolved, Holly and Robert might finally find their way back to one another. But it won’t be that easy and there will likely be many twists and turns along the way.

GH Spoilers What Do You Think?

Where has Holly been all this time? Anything can happen in Port Charles so stay tuned to General Hospital airing weekdays on ABC. And don’t forget to check back right here regularly for all your General Hospital news, information, and spoilers!