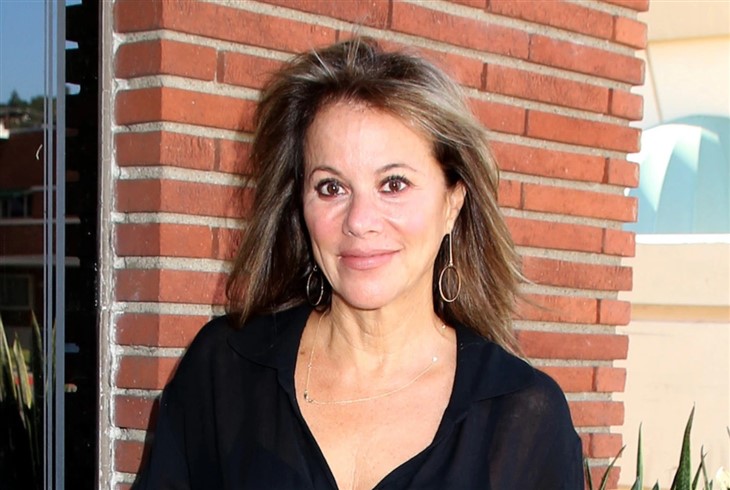 General Hospital spoilers and updates tease that Nancy Lee Grahn is working on a special project. The actress recently shared updates about her upcoming book.

Grahn took to Facebook to update her fans about what she’s been up to since last July.

“Hi friends. It’s been a while. I spent the month of July on a lake in [Wisconsin]. It rebooted and recalibrated me. I’m different now in ways that I can’t quite explain,” the actress wrote.

She also shared her realizations during the past few months that caused her to “re-evaluate my future, my career, my purpose, my value, what I will accept and what I won’t in regards to that and why.”

Grahn revealed that she’s “120 pages in so far” in the book she’s writing, where she shares her experience in Daytime television for 37 years.

Brook Lynn Quartermaine (Amanda Setton) will realize that she needs to change her strategy. Dante Falconeri (Dominic Zamprgona) and Linc Brown (Dan Buran) are catching on to her plans. She needs to do something to distract the latter, which may involve Harrison Chase (Josh Swickard).

GH Spoilers – Maxie Jone And Sam McCall Question Each Other

As for Maxie Jones (Kirsten Storms) and Sam McCall (Kelly Monaco), they will interrogate each other about their agendas. Sam wants to know why Maxie is interested in what’s going on between Britt Westbourne (Kelly Thiebaud) and Cody Bell (Josh Kelly). Maxie will also ask Sam about her love life. Dante wants them to live together, so Maxie may start to wonder why Sam is hesitating.

Willow Tait (Katelyn MacMullen) will return to work even though she’s having a health crisis. Despite her struggles, she’ll pretend that everything is fine for Michael Corinthos’ (Chad Duell) sake. Willow will suspect that Ava Jerome Cassadine (Maura West) has a hidden agenda when she starts to talk to her.

Meanwhile, Ava has a lot of things in mind. She’s worried about Esme Prince (Avery Kristen Pohl) getting injured and Oz Haggerty (Max Faugno), who plays a crucial role in Trina Robinson’s (Tabyana Ali) case. Ava seeks out Sonny and starts to inquire about Oz’s fate since he’s currently in a coma. But she’ll eventually end up in a fishing expedition that would trigger Willow’s suspicions.