The Young and the Restless Spoilers: Room For Sally At Jabot? – Adam Seeks Reboot 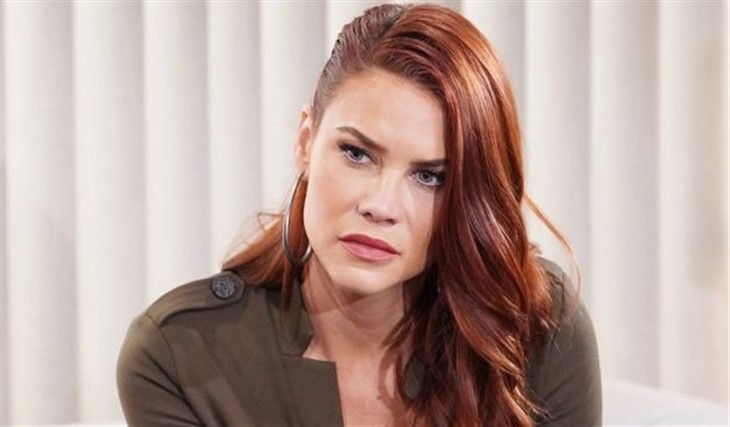 The Young and the Restless spoilers document Sally Spectra (Courtney Hope) was not expecting to lose her job. This time, in contrast when she was working with the Abbott family, Sally was not behaving badly.

Nick Newman (Joshua Morrow) will tell Sally the bad news. He is against his sister, Victoria Newman’s (Amelia Heinle) decision but knows it is set.

Morrow’s character would not have opted to soften the blow months ago, when he did not trust Sally. Since then, these two characters have become close, though they recently agreed to just be friends.

The Young And The Restless Spoilers: Adam And Victoria’s Unlikely Alliance, Chelsea Cause for Alarm

The Young And The Restless Spoilers – What Lessons Are Learned In GC?

Sally went hard for Jack Abbott (Peter Bergman) after moving from Los Angeles, California. That effort failed, as did her various devious maneuvers while working in his family’s company.

Orchestrating Summer Newman’s (as then played by Hunter King) move to Marchetti in Italy was not digestible. Both Summer and the audience could not stomach that Sally, of all people, could pull something like that off. Yet she did because King was soon to leave the show and be replaced by Allison Lanier (Summer).

Summer and Kyle Abbott’s (Michael Mealor) return from Italy happened because Jack agreed to pounce on the opportunity to buy Marchetti, incorporating it into Jabot’s operations in Genoa City, Wisconsin.

Y&R Spoilers – No Need To Work For Marchetti

Adam Newman (Mark Grossman) left Newman Enterprises in a huff and intended to attack his family’s business interests. But Ashland Locke’s (Robert Newman) bizarre revenge plans were too personal for Adam to ignore, which led to Adam tipping his family off to Ashland’s sinister intentions.

Assume Sally is able to get a job shortly after being dumped by Newman Media. Why not have that be at Jabot?

Kyle and Summer are working in Jabot’s Marchetti division. Adam is Jack’s pick as Jabot’s co-Chief Executive Officer. Grossman’s character could plausibly convince Jack to hire Sally in some capacity.

Adam is not over Sally by a long shot. Her conversation with Connor Newman (Judah Mackey) at Crimson Lights, which included Adam’s arrival, reaffirmed that Grossman and Hope’s characters retain feelings for each other.

The Young and the Restless News: James Hyde Opens Up About His Return To Soaps #YR #youngandrestlesshttps://t.co/Jw81Baa0La

Sally needs to work and knows that being connected to high-powerful individuals is beneficial. She is familiar with Jabot and its players.

Daytime is about drama. So, putting Sally in the same work location where Phyllis Summers (Michelle Stafford) and Diane Jenkins (Susan Walters) exist would also be juicy on Y&R.

The Young And The Restless Spoilers: Adam Is Heartbroken – Abby Considers Family…

The Young And The Restless Spoilers: Kyle and Summer Pushed Too Far, Ashley And…

The Young And The Restless Spoilers: Abby, Elena, And Devon Love Triangle Putting…