Justin Bieber and Selena Gomez Caught Kissing in the Caribbean 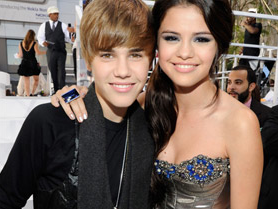 Justin Bieber and Selena Gomez have tried really hard to keep their relationship under wraps, but over the weekend, they were caught red handed.  The cat is officially out of the bag.

While vacationing in the Caribbean on a luxurious yacht, the adorable couple were spotted kissing.  Sources say that they were all over each other, enjoying their “private” time.

So how long until you think they hit a red carpet “as a couple”?

Check out the smoochy photos here!