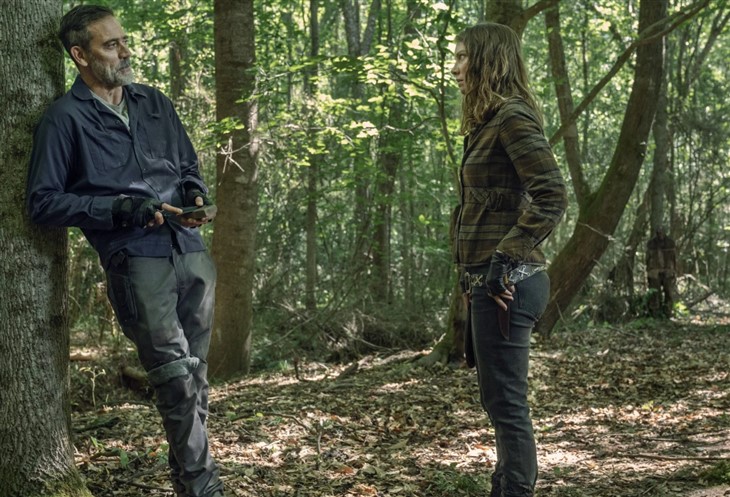 The Walking Dead spoilers, news, and updates tease that the Walking Dead spinoff that features Negan (Jeffrey Dean Morgan) and Maggie (Lauren Cohan) gets a new title. Previously, it was announced that the upcoming series was titled Isle of the Dead. However, it’s now been changed to The Walking Dead: Dead City.

Production is underway for Dead City, and it’s expected to be ready for airing in 2023. The first season will have six episodes and will follow the story of Negan and Maggie as they travel to Manhattan, which has been destroyed and separated from the main continent following the zombie apocalypse.

“Isle of the Dead envisions the popular Maggie and Negan characters traveling into a post-apocalyptic Manhattan long ago cut off from the mainland. The crumbling city is filled with the dead and denizens who have made New York City their own world full of anarchy, danger, beauty, and terror,” as per AMC’s original statement.

Scott M. Gimple will oversee the new series while Eli Jorné takes over the writing and co-executive position. Aside from being the main stars of the show, Cohan and Morgan are also executive producers of the upcoming series.

When Dead City, previously Isle of the Dead, was introduced, Cohan said that she was thrilled to work with Dan McDermott and the AMC team on the newest addition to The Walking Dead universe.

She added that Maggie was a character that’s close to her heart, and she’s ecstatic to have been given a chance to continue her journey along with Morgan. She teased that fans will be treated to something special, and she’s excited for viewers to see what it is.

As for Morgan, he’s also delighted that his alter ego as well as Cohan’s character, will be able to continue their journey in New York City.

“Walkers in an urban setting has always been such a cool image, but 5th Avenue, Empire State Building, Statue of Liberty? The greatest city in the world?? The backdrop is amazing, but it’s the story that Eli Jorné cooked up that is even better,” he teased.

Fans may finally learn how Negan and Maggie end up in the Big Apple once the Walking Dead wraps up. The show is set to return on October 2 and end on November 20.