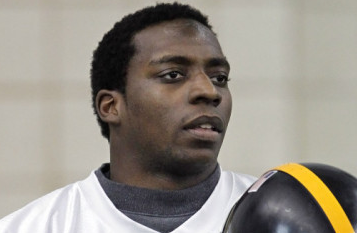 Rashard Mendenhall is the star running back for the Pittsburgh Steelers and he’s usually bringing great headlines to the organization with his mad skills.  Well, right now… he’s busy pissing off Americans across the world by somehow defending Osama bin Laden.  Thanks to some remarks he’s posted on his Twitter account, he’s now the number one Google trend.  Not a good thing.

“What kind of person celebrates death? It’s amazing how people can HATE a man they have never even heard speak. We’ve only heard one side…”

“We’ll never know what really happened. I just have a hard time believing a plane could take a skyscraper down demolition style”

“There is not an ignorant bone in my body. I just encourage you to #think”

This is getting such bad press that the Steelers President Art Rooney II addressed Mendenhall’s comments in a statement:

“I have not spoken with Rashard so it is hard to explain or even comprehend what he meant with his recent Twitter comments,” Rooney said. “The entire Steelers’ organization is very proud of the job our military personnel have done and we can only hope this leads to our troops coming home soon.”