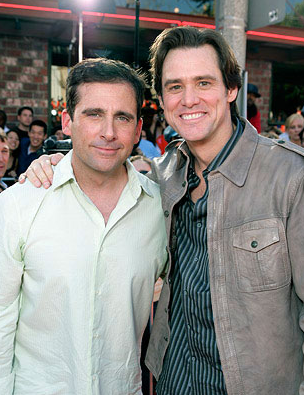 Jim Carrey and Steve Carrell on the big screen.. together?  Count me IN.   Director Don Scardino’s new comedy, Burt Wonderstone  is still very much in the works, but it looks like we are going to have two of Hollywood’s funniest guys co-starring and I couldn’t be more excited!

“Burt Wonderstone” deals with rival stage magician teams in Las Vegas. The lead character, the titular Wonderstone, is one half of a two-man group who has to rediscover his love of magic after the loss of his partner.

Like I said, there are very few details at this point… but we will keep you updated!