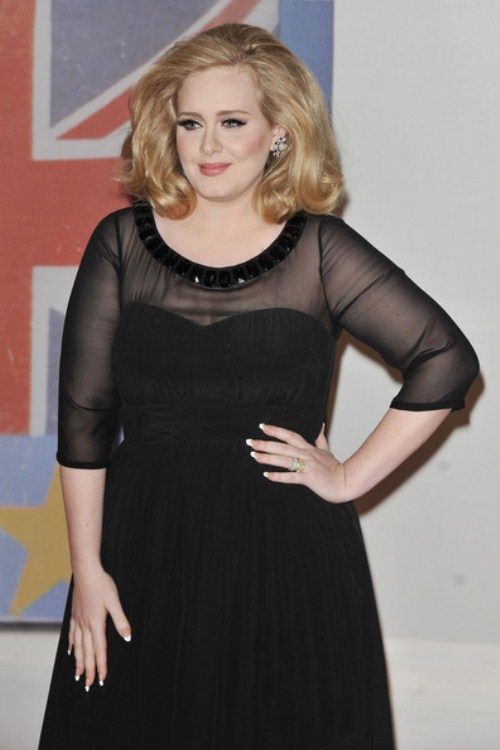 The hugely acclaimed British singer, Adele – widely known for her latest album 21 has been offered a whopping $1 million to become the face of a dating website for larger women.  Adele has been very vocal about her weight and when Karl Lagerfield said she was a little fat, she said she did not care and she was happy with her weight.

Whitney Thompson, 24, was the 2008 winner of Tyra Bank‘s America’s next top model and she owns the plus size dating site, TheBigAndTheBeautiful.com who made the offer to Adele according to The Daily Star.

Whitney said about wanting Adele: ‘Adele is a ridiculously talented bombshell.  I would be proud to work alongside her to continue to show the world what curvy girls are made of.’

Six months ago because of  her unfortunate medical issues and throat surgery Adele was forced to cancel several performances and appearances, leaving fans wondering when she would return to the stage.  At the time she dropped two dress sizes.  She has since recovered and found love with Simon Konecki.

What do you think HHers, would Adele be a good representative for the website.  Do you remember Whitney from ANTM?  I do she was great!  Hit the comments and let us know what you think!