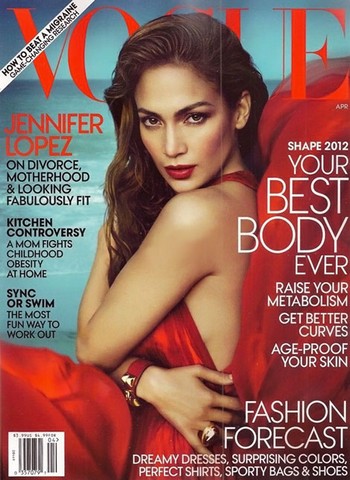 Following the news that Jennifer Lopez was filing to divorce husband, Marc Anthony due to irreconcilable differences back in August, it didn’t take long for the American Idol judge to move on and find new love – this time with a much younger man who also happens to be a stage dancer named, Casper Smart.

Lopez who is covering Vogue’s next month’s issue has admitted that this is the first time she has spoken about Casper but insists that she doesn’t want to reveal too much on her private life. She just wants people to know he’s a good guy: “He’s adorable. But you already see that. He really is [sweet]. He’s a good egg. I don’t want to talk about it too much. It’s my private thing.”

Jennifer added that even though she and Casper have a 20-year age difference, when she’s with him it never feels like that at all – she’s still being the same she was before she met him: “I don’t feel older, and I don’t feel like I look it, either, so I am just acting the same way I have always acted.”