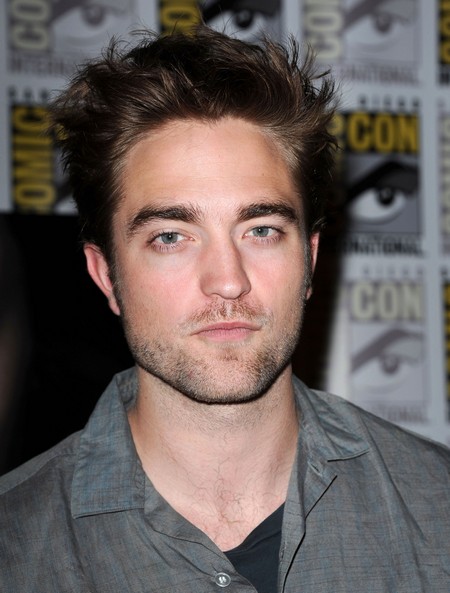 Hmmm. That would lead us to wonder if Rob was already clued in to Kristen’s cheating with the married Rupert and the rest of the world just caught up with his shock yesterday.  According to The Sun’s sources Rob is purposely keeping quiet, for now.

“Rob is deeply in love with Kristen and is very jealous when other men hit on her. This will crush him. But right now he doesn’t want to say anything in public until he figures out what he’s going to do. Catching her cheating is not at all what he expected from her.”

Yesterday, Kristen was spotted out and about in LA with smeared makeup. She also issued a public apology for the hurt she caused to everyone involved.  Do you think Rob will stay with her?  Back in April while speaking to Vanity Fair, he voiced his confusion in understanding why people cheat and general dislike of casual affairs.  That makes me think it’s not looking good for the couple in terms of having a future together.

Do you think they’ll stick together?  Should Rob forgive her and give their relationship another shot? Tell us your thoughts in the comments below!