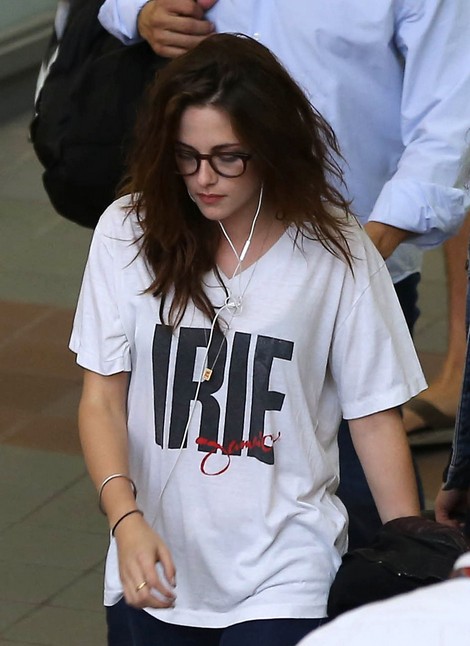 Fans have not been happy with Kristen Stewart cheating on boyfriend Robert Pattinson and now some fans have taken it to a new level.  Kristen was allegedly attached by crazy Twihards because they were not happy Kristen cheated on Robert with her Snow White and the Huntsman director Rupert Sanders.

The National Enquirer reports: “The first attack came when she was exiting an office building in the San Fernando Valley – two young women came running at her, screaming that she was a ‘cheating villainess’ and ‘lying b****.  Kristen, who was alone, made a beeline for her car, jumped in and slammed the door shut. But these vicious girls grabbed the door handles and began rocking the car back and forth. Kristen burst into tears, hit the accelerator and sped away.   But the attack really shook her up!”

I bet she is shook up, I am sure she thinks something could happen to her, fans can be really crazy. The hate has died down but it’s not gone. I wouldn’t travel alone too often if I were her. There are crazies out there, some of these super fans have difficulty separating the star from the character they play!  Someone of them don’t see Kristen they Bella Swan who cheated on Edward Cullen

What do you think does Kristen need a bodyguard?  Hit the comments and let us know your thoughts!