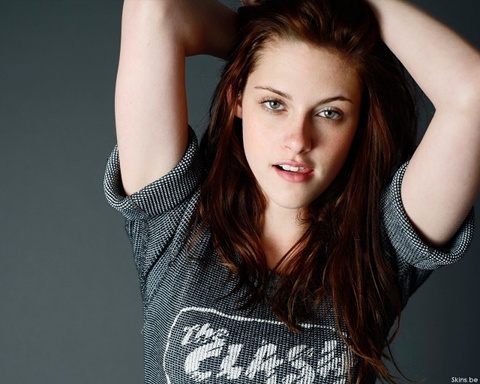 Kristen Stewart is a manipulative vixen wannabe who can’t seem to take any responsibility for herself. After watching the very public disintegration of her relationship with co-vampire and sex god Robert Pattinson this summer, fans are pissed at her laissez-faire attitude when it comes to dating. I’ve forgiven her for the crap wardrobe (she recently told an interviewer that she goes out in the same basic outfit so that paparazzi and gossipers like me don’t read too much into it), but a new interview with Marie Claire got a few gems out of her: what does she want in a relationship?

The question was about her part in On The Road, in which she’s an adventurous young bride who acts pretty fearless. She talked about reading the book: “When I read the book I was like ‘I need to find people that push me like that, I need to find people that make me feel like that’ and I think that was really important for me at a young age,” Stewart explained. I bet her PR maven is working major damage control! It’s a great notion to surround yourself with people who push you to explore the world and be a better person, but I can’t help but wonder who in her life isn’t currently fitting that role! She continued to jam her foot into her mouth: “Certain relationships are comfortable, they are fine, but you get lazy and complacent. I want my friends to trick me out.”

Geez Kristen! Don’t give us the milk without buying the cow? It’s like responding to “how are you?” with a fifteen minute reveal of your darkest secrets! She clearly has a lot of drama bubbling just below the surface that is taking every opportunity to out itself. Girl will be doing a lot of talking in her upcoming promotion of The Twilight Saga: Breaking Dawn Part 2. Wonder what juicy deets we’ll hear then!