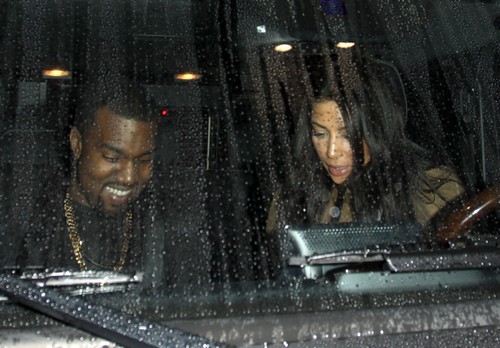 Kim Kardashian has reportedly made the decision NOT to sell her baby photos to a magazine, instead she hopes to share them on Twitter instead – expect the micro-blogging site to crash once the pics are released. But it has you thinking, why not cash in on the baby pictures? I mean the Kardashians have always been about money, haven’t they?! Kourtney Kardashian has sold her pics for both of her children, Mason and Penelope Disick!

Well, it looks like Kanye West is behind the reason Kim isn’t selling the pics. The rapper finds it very tacky to be putting your child’s first baby photos out to the world through a magazine deal and wants Kardashian to just do it through her social-networking site. He makes a good point, seeing that the $100 million worth rapper has enough money to spend on Kim – why in the world would she need a measly $1 million from a magazine?? Makes no sense, right?

Kim’s mom Kris Jenner is said to be totally against the idea of showing the pics to the world without some kind of deal from a mag; Kris is aware that Kim and Kanye could get up to $9 million if they were to go ahead with it, which means Jenner would get $900,000 of the deal as her manager she received 10% of what her daughter makes. IS THIS REALLY ALL ABOUT MONEY, KRIS? Give Kim a break and let her live her life the way she wants to.

Kim and Kanye are still receiving dozens of offers for the exclusive baby pictures, but maybe if the right deal comes along, they may change their mind.