Would You Take Relationship Advice From Kim Kardashian? 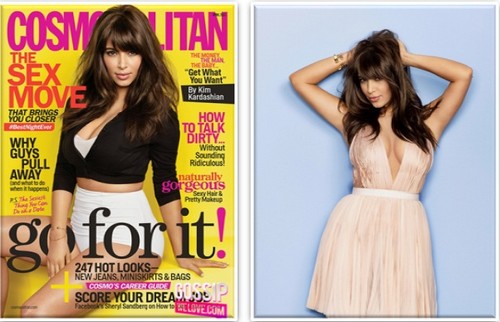 Would you take relationship advice from Kim Kardashian?  I know I wouldn’t, but reality D lister Kim thinks she is an expert, wrong!  Kim scored the April 2013 cover of Cosmopolitan and decided to dish about what she thinks is the best thing to do to keep a relationship fresh.

“I saw fast marriages like Khloe and Lamar’s and that was what seemed to work. [Now] I say give it a good six months before you commit. Feelings change, even if it seems so lustful.”

Maybe she should have kept that in mind when she married Kris Humphries…. the marriage lasted a big 72 days!

To find out marrying Kanye, having kids and what she thinks of Kourtney having two children out of wedlock, head over to Gossip we Love HERE!