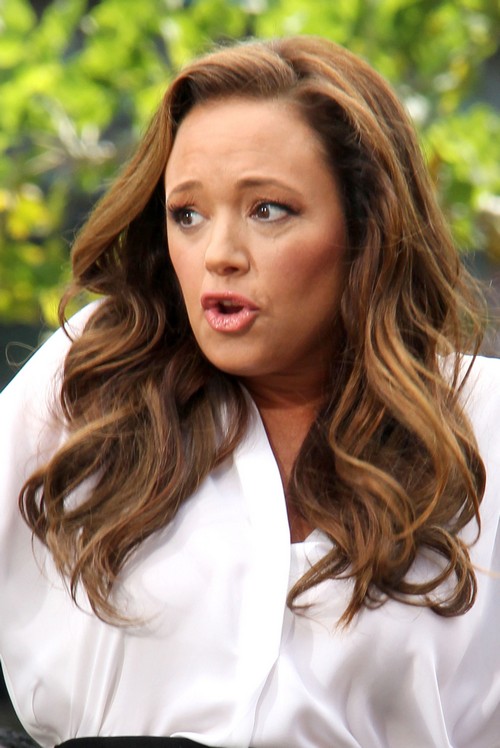 According to a new report from Radar Online, who seem to have made it their sole mission in life to expose Scientology’s secrets, Leah Remini‘s explosive deposition has been postponed by Scientology lawyers.

A source says that the deposition has been ‘indefinitely‘ postponed because Scientology officials do not want any of the information Leah would reveal to reach the general public.

Monique Rathbun, an official of Scientology who later defected, is embroiled in long lawsuit with the Church of Scientology for harassing her and her husband, Marty Rathbun. Leah was all set to give a deposition supporting Monique’s claims, but Scientology lawyers have managed to take Leah’s deposition off the table – for now.

An attorney for Monique told Radar, “It was delayed by agreement to take her deposition at a later date. As of right now, the date is not set in stone. [Lawyers for the Church] don’t particularly want that deposition taken. But we’re entitled to discovery on matters that are relevant, and this is a relevant matter. [But] They have a lot of lawyers involved in this case, and we have been obliged to find mutually agreeable dates to do things. Setting the dates for depositions has been a matter of discussion.”

Some of the information that would have been mentioned in the deposition included details on Church leader David Miscavige‘s obsessive control over all the members, especially high-ranking members, the way the officials harass anybody who ever defects from Scientology, and in general, the crazy antics of Church officials and lawyers.

Although lawyers for the Church no doubt consider this a victory, I don’t think they’re going to get away that easily. Monique’s lawyer seems determined to get Leah to the stand, one way or another, so I think we’ll eventually see the deposition happen.