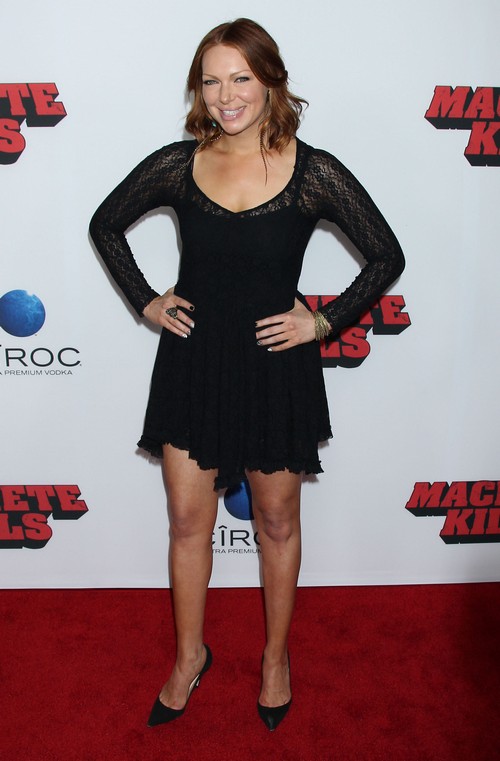 Has Tom Cruise finally found his next wife? According to various reports, Tom is dating Orange Is The New Black actress Laura Prepon, who was previously best known for That 70s Show. Not many people know this about Laura, but she’s also a Scientologist, making her a perfect match for Tom.

According to Grazia, Tom has reportedly been on ‘cloud nine‘ since going on a couple of dates with Laura. The source explains, “It’s clear Tom is smitten and after the date he was on cloud nine. She accompanied him a few days later to a dinner party at John Travolta’s home.”The source also details what led up to the first date, explaining, “Tom has known Laura for a few years now and they are all in the same social group that includes John Travolta and his wife Kelly Preston. He’s always been fascinated by her and, since seeing her in Orange Is The New Black, that has turned into an attraction. So he bit the bullet and asked her out on a formal date.”

So are they headed for a serious relationship and possible marriage down the line? It’s too soon to say, but I think Tom’s going to be more careful this time around. He can’t be arbitrary, especially since his image absolutely cannot take a third hit. The one positive this time around is that Laura’s also a Scientologist, so he won’t have to go through the whole bride auditioning process that was reportedly held for him last time.

What do you guys think? Will Tom and Laura find true love together, or are they destined to stay apart? Tell us what you think in the comments.