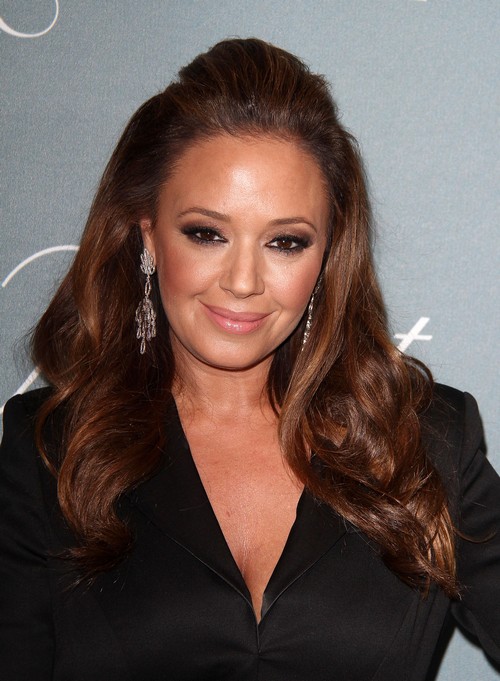 In yet another brave move by Leah Remini, the former Scientologist is once again speaking out about leaving the religion, this time providing the underlying reason behind her controversial decision.

In an interview with Buzzfeed, Remini, 43, advised there were plenty of reasons behind her decision to cut ties with the Church of Scientology, but none were as important as her daughter. Leah, who referred to members of the Church as being hypocritical, shared that her 9-year-old daughter Sofia would soon need to begin the process of “auditing” which brought back a flurry of bad memories for the King of Queens actress.

Leah’s mother introduced her to Scientology when she moved the family to a compound. Leah recalls how she missed spending time with her mom as a child because her mother, Vicki, spent so much time involved in Church activities. Leah resented her mother for choosing to spend time at the Church instead of with her, and she was beginning to see herself going down the same path with her own daughter.

Leah began to realize that her belief of family coming first was not shared by the Church of Scientology, nor by its members. The Church requires members spend so much time at the Church or involved in the Church activities, that it was taking away quality time she’d rather spend with her daughter. According to Leah, though the Church claims to advocate the belief that family comes first, it is simply not the case. She even approached members of the Church with ideas for instilling a more family-oriented approach but was unsuccessful. Leah tells Us Magazine that even her friends from the Church dismissed her suggestions, stating, “That showed me they didn’t actually care, which went against everything I thought we stood for. They only cared that their lives would be disrupted if they stood with me. They didn’t care about doing the right thing.”

Looks like there is absolutely going back to the Church for Leah and her family. Let’s hope for a book about the controversial religion from Remini as she is surely not afraid to tell it like it is. What do you think HHers? Is Leah bold and brave for sharing information about the religion, or is she setting herself up for some serious trouble?