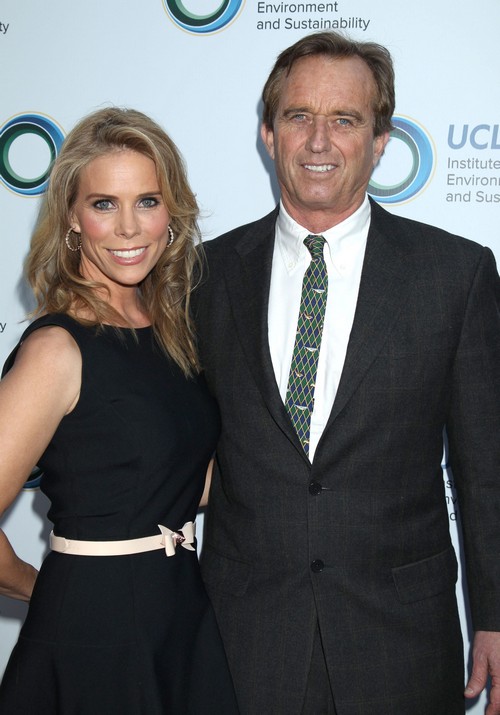 I wonder if Cheryl Hines regrets hooking up with Robert F. Kennedy Jr. Apparently she believed that their romance was different than all of the other Kennedy romances that have come before theirs and that somehow loyalty and fidelity wouldn’t become an issue. Instead Cheryl is finding herself sitting exactly in the same position that Bobby’s previous wives were in. He has been caught with his proverbial pants down and rather than grabbing her dignity and self respect, Cheryl is staying with him.

According to the July 14th print edition of The National Enquirer Bobby’s side chick (of TWO years) Chelsea Kirwan has likened Cheryl to a lapdog. Meaning she allows him to do whatever he pleases just as long as bobby comes back to her. Kirwan insists that Cheryl must know about and allow Bobby to have other women. Also the couple is technically bi-coastal, an arrangement that is unlikely to work because if Bobby doesn’t literally have to report back to Cheryl each day, he will be with another woman instead.

I think it’s worth pointing out that Cheryl and Bobby have been together for nearly three years and for two of those years he has been with Kirwan. Technically that makes his relationship with her about as real as what he has shared with Cheryl, right? Kirwan has vacationed at the Kennedy compound in Hyannis Port just like Cheryl! Is she crazy to proceed with the wedding plans? Obviously Bobby will never treat her any better than he is right now because she is allowing him to get away with it, right? Tell us your thoughts in the comments below!