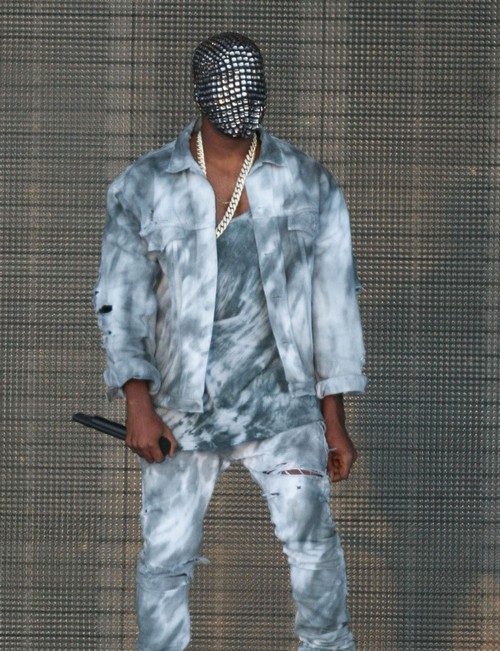 Some day Kanye West is going to say the wrong thing to the wrong person and he will totally get his butt kicked while cameras are rolling, right? It seems like every time this idiot opens his mouth it’s worse than the time before and this past weekend, well, Kanye out did himself. The rapper was a last minute add at the Verizon Wireless Festival in London, replacing an ailing Drake. Of course Kanye showing up meant that there had to be at least one zinger of a comment from him that would far-surpass any lyrical genius that he may (or may not) have unleashed onstage.

Smack in the middle of his day two performance Kanye decided to rant about the paparazzi saying,

“Everybody needs a day off, everybody needs the right to say ‘hey, you know what I need a minute to breathe. I want to bring my family to the movies without 30 motherf*****s following me. Everybody here, they like sex right? Sex is great when you and your partner be like ‘hey, this is what we both want to do.’ But if one of those people don’t want to do that, what does that constitute, that’s called rape. That is called violation.”

Okay. So did Kanye just liken having his photo taken on the sly to rape? Yes, I think he did and apparently so did the rest of his captive London audience because the boos reached epic proportions. Apparently Kanye thinks being boo’d and trashed is fine and it is part of what comes to those who are as genius as he is. Remember this clown likens himself to the wisest and most creative men that have ever walked the earth but I’m pretty sure all of those guys are smart enough not to try and compare being photographed to rape, right? Can you imagine being married to this guy? My guess is that new wifey Kim Kardashian doesn’t complain too loudly when Kanye leaves her to go and spend the night at his bachelor pad. When do you think Kanye will finally get what he has coming to him? Tell us your thoughts in the comments below!