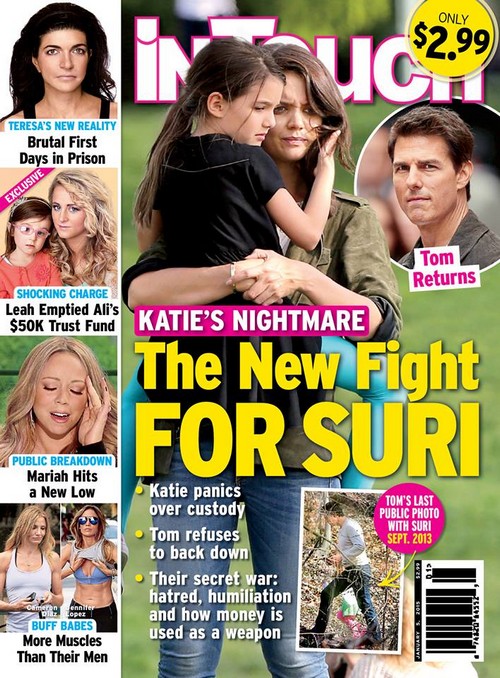 The drama surrounding Katie Holmes and Tom Cruise is reaching a head – according to the pages of the latest issue of “In Touch Weekly”. The tabloid reports that Tom is returning to La La Land after filming all year over in Europe and is gearing up for a custody war.

Katie’s new apparent nightmare is that now that Tom is creeping back into Suri’s life, he’s going to abduct her so that he can get her right back into Scientology. Prior to their divorce, both Tom and Katie were deep into the controversial religion. After her split from the famed actor, she was called out for being a suppressive person and has had to keep looking over her shoulder for Tom’s goons.

Katie is panicking over custody as she doesn’t want Tom to fight with her over it. Things have been calm with Tom out of the picture and Katie naturally doesn’t want to upset the applecart. The magazine states that there is going to be a battle over custody when Tom returns because Katie has gotten her used to a certain lifestyle while Tom just wants to spoil her to death.

Who do you think is going to win this one?