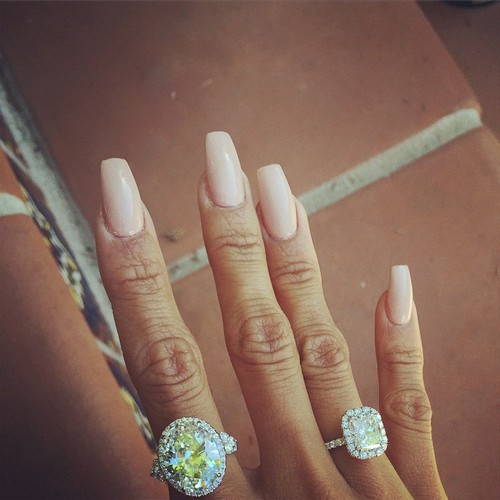 Karrueche Tran and Chris Brown might be engaged – after the model shared a picture of her hand sporting a ridiculously huge ring on her hand.

She shared the above photo on her official Instagram account and despite previous reports of a breakup between herself and Brown, it appears that he has popped the question.

Though they are on her right hand, the impressive pieces of jewelry both look like engagement rings. On her ring finger, Tran sports a smaller, though still eye-catching, cushion-cut diamond. On her well-manicured pointer finger rests a huge oval-cut diamond with yellow tones.

Soon after Tran posted the photo, rumor spread that the rings were from Brown, and many speculated that they were engagement rings.

Hopefully one of them will address the rumors soon so that we know for sure. Do you think Chris Brown asked Karrueche Tran to marry him over Christmas?