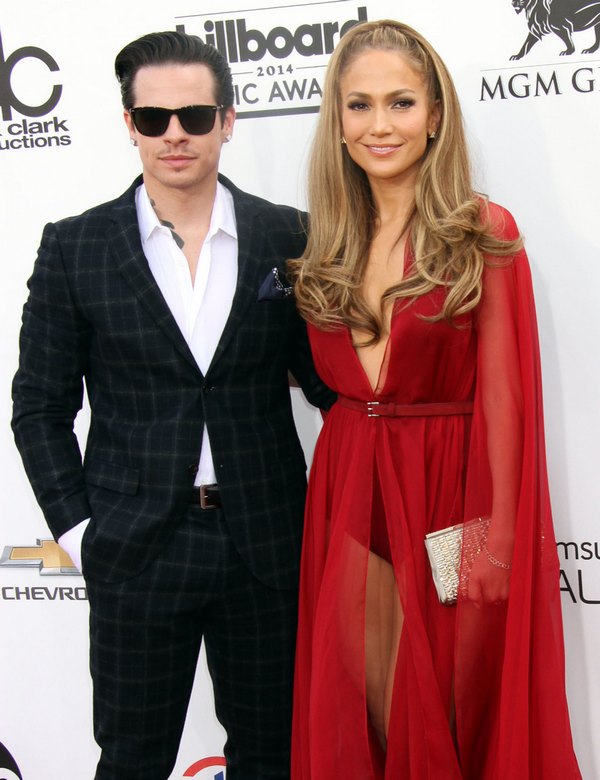 Jennifer Lopez and Casper Smart broke up a while ago, with Jennifer swiftly moving on to a veritable who’s who of single bachelors in Hollywood. However, a new report from TMZ suggests that Jennifer and Casper are back together – or at least, hooking up again.

TMZ posted a picture on Thursday of Jennifer Lopez and Casper Smart kissing, with their source adding, “Not that Jennifer Lopez and Casper Smart have been fooling anyone — but they’re officially banging again… and we’re basing that on the fact they’re finally swapping spit in public again. J.Lo’s insisted they’re just friends, but after so much smoke… this has to be a 3-alarmer.”

Both Jennifer’s and Casper’s reps have denied that the former couple is dating again, but TMZ never said anything about dating – just hooking up. Many, many people backslide with their exes after a few months apart, and neither Jennifer Lopez nor Casper Smart is immune to this phenomenon. If both of them are single, had a little too much to drink at some party, then it’s easy to assume that things got a little frisky. I mean, J.Lo and Casper Smart did date for a few years, and that amount of time is not easily forgotten.

Of course, Jennifer’s reps are not going to want the public to think that she would go back to Casper Smart. Nobody could ever understand why she stayed with him for so long, especially with all the other men that she could be dating. I mean, she’s Jennifer Lopez, for god’s sake! She could have anybody she wanted, and yet, she was with that gold-digging backup dancer for that long? But Jennifer Lopez has never had the best taste in guys, something we’ve seen time and time again.

What do you guys think? Are Jennifer Lopez and Casper Smart hooking up again? Let us know your thoughts in the comments below.