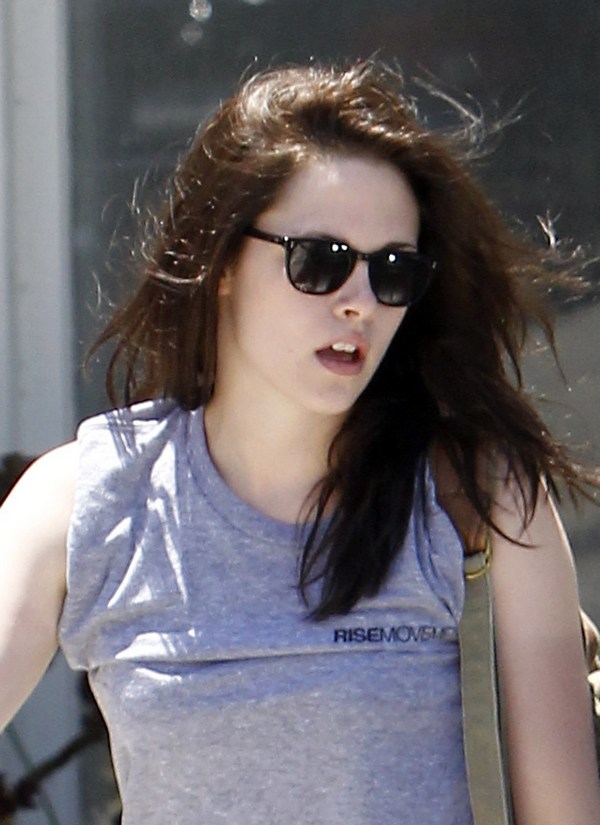 Kristen Stewart has never been to censor herself in interviews, and she definitely sticks to that habit in an interview with Harper’s Bazaar UK [as part of her cover shoot].

In the accompanying interview, Kristen discusses the infamous double standards that Hollywood places on all of its actresses, explaining, “Women inevitably have to work a little bit harder to be heard. Hollywood is disgustingly sexist. It’s crazy. It’s so offensive it’s crazy.”

Well, it’s definitely harder for women in Hollywood, especially in positions that are behind the camera. However, even trained and experienced actresses have a very difficult time landing good roles, whereas men with half of their experience or skill are constantly being offered leading man roles and juicy Oscar-baity supporting parts.

But then again, actresses like Kristen are indirectly contributing to that double standard when they answer questions about their bodies or their weight. On the one hand, it’s not like they have much of a choice, right? An interview is an interview… or so you’d think. However, we know for a fact that most of these actresses have PR people that will intervene if they don’t want to answer a question, and Kristen really could have focused the interview on her career and her professional life. But it’s also Harper’s Bazaar UK… and I’m sure they don’t mean to contribute to the ingrained sexism in Hollywood.

For what it’s worth, here’s what Kristen says about her weight: “I’m a little bigger than sample size when I’m eating cheeseburgers and am happy and comfortable. If I’m stressed or working, the weight falls off. My weight and my sleep are tied to my nervous system. Sometimes I’ll sleep for 12 hours a night and sometimes sleep just doesn’t exist for me for a couple of months.”

Basically, Kristen’s sleeping habits depend on her job – as they do for most of us, right?

What do you guys think of Kristen’s comments? Let us know your thoughts in the comments below.