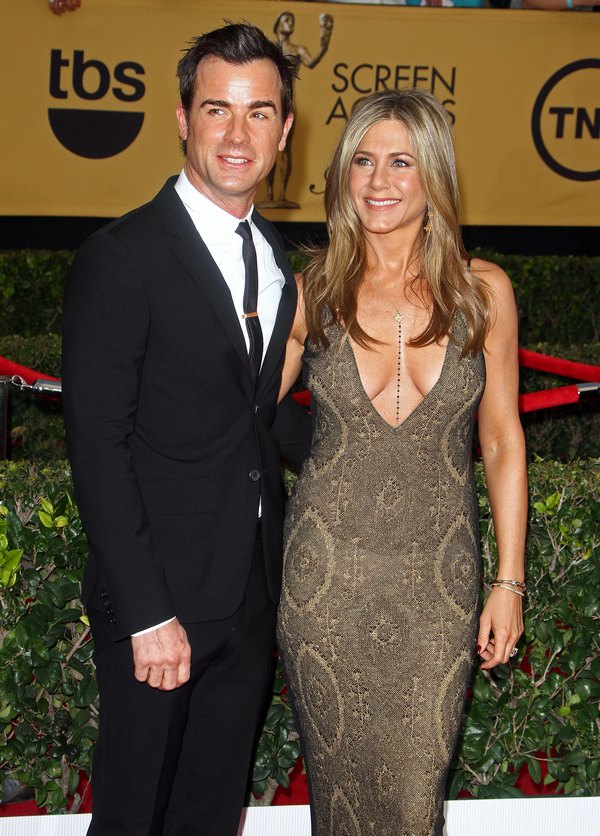 Jennifer Aniston and Justin Theroux have FINALLY gotten married after a three year long engagement. Jen and Justin said their “I Do’s” in a super secret wedding in the backyard of their Bel-Air mansion, in front of a small group of friends – including A-Listers Chelsea Handler, Howard Stern, and Lisa Kudrow. Jen duped everyone, including the media, by inviting guests under the rouse that the event was Justin Theroux’s 44th birthday party.

Although Jennifer and Justin haven’t actually confirmed they were married – a new report from TMZ features photos that prove someone got married in the Anniston-Theroux backyard on Wednesday August 5. Jen had a shed built in the backyard to conceal the wedding set-up from hovering paparazzi in helicopters. But, TMZ was able to snap photos of a wedding cake being rushed in to her property, and a priest arrived in cloth, carrying a bible.

Justin and Jennifer Anniston have been engaged for three years, and didn’t appear to be in any rush to get down the aisle? What made them change their mind? According to a new report in the tabloids this week – Jen and Justin are adopting a baby girl and eager to start a family. So, it makes sense that they finally took the plunge and got married, seeing as how it is much easier for a married couple to adopt a child than it is for a man and a woman who just happen to live together.

What do you guys think? After years of rumored break-ups and secret weddings that never happened, did Justin Theroux and Jennifer Aniston finally get married?! Share your thoughts and theories in the comments below!