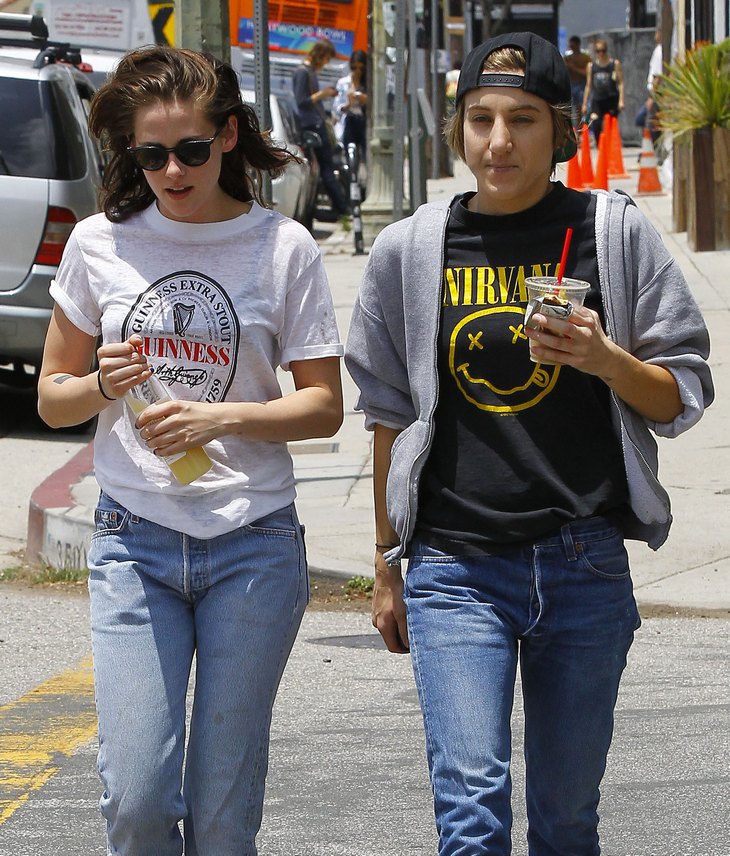 Twilight star Kristen Stewart is reportedly a married woman. This year it was confirmed that K-Stew was indeed dating her live-I personal assistant Alicia Cargile and the couple was caught on camera kissing. Kristen Stewart and Alicia have been relatively private when it comes to their love life – but it is undeniable that they are romantically involved. According to a new report, Kristen and Alicia are much more serious than any of us realized – and they got secretly married in a small, low-key wedding!

This week’s edition of OK! Magazine reveals that at the American Ultra premiere party Kristen confirmed she and Alicia are officially married. An insider at the party dished to the magazine, “Kristen slipped up and said ‘I miss my wife.’ When I congratulated her on getting married she gave me a quirky smile and coyly said ‘Thanks!’ before she ran off to celebrate with her friends and costars, who were hugging her and congratulating her all night.”

Another source close to the couple also confirmed the marriage to OK! Magazine and revealed that Kristen has always said her girlfriend Alicia Cargile was “the one.” Sadly, it looks like Twihards are going to finally have to accept the fact that Kristen Stewart and Robert Pattinson are never, ever, ever getting back together. Kristen is officially off the market, and now a married woman!

So, are you as shocked as we are abut –Stew’s secret wedding? Do you think she and Alicia Cargile are in it for the long haul, or do you see a divorce in their near future? Share your thoughts and theories in the comments below!