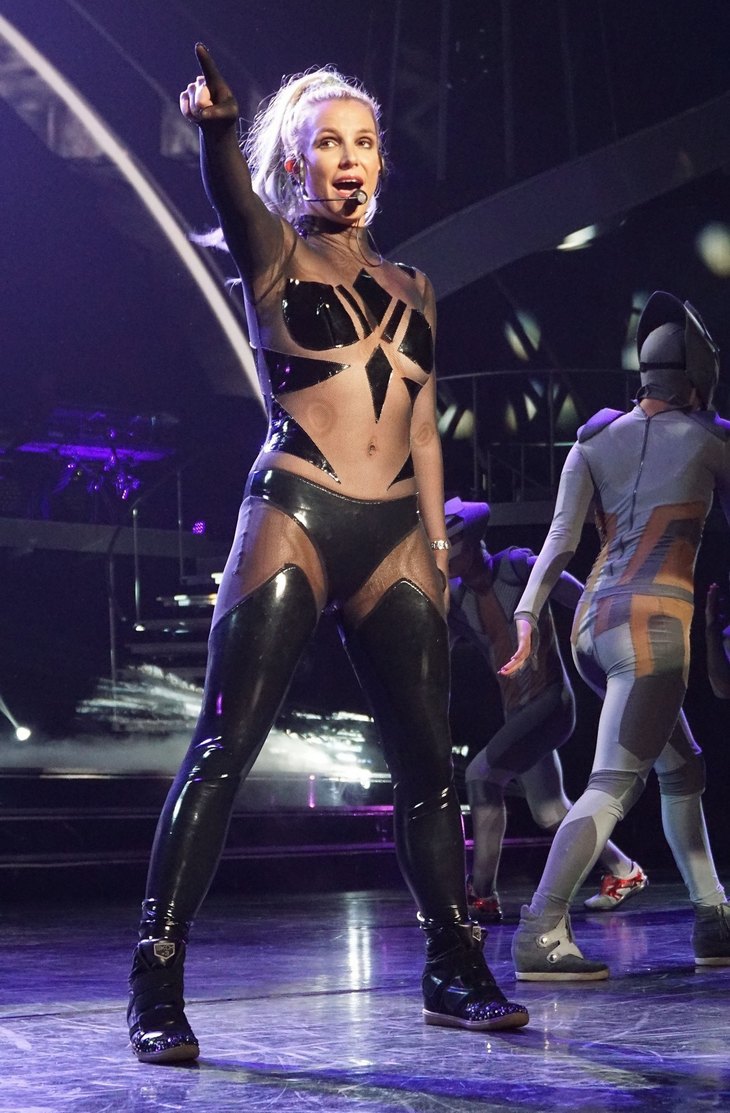 The feud between Jennifer Lopez and Britney Spears is REAL guys! Britney Spears resorted to a Las Vegas residency to keep her pop career afloat – and she has been receiving rave reviews at Planet Hollywood. Recently, Brit extended her contract with the Vegas residency and received a huge raise. But, she was livid when she learned that the same venue had hired another has-been pop singer to perform – Jennifer Lopez. Now, Spears is freaking out because she is afraid that J-Lo is going to steal her Vegas thunder.

Since Jennifer Lopez joined the Vegas show, Britney Spears has been going above and beyond to try and outshine her. A source dished to In Touch Magazine, “Britney is stepping up her game, she has been showing up to shows very early and super prepared. These are by far the best shows of her run. Jennifer is super pissed at not only the way that Britney is acting, but also at the fact that Britney is making more than her. Much more. She thinks Britney has it out for her.”

Now, Jennifer Lopez and Britney Spears’s rivalry has blossomed in to a full-blown feud, because one of Brit’s back-up dancers informed her that J-Lo has been talking about her behind her back. And because, you know, Hollywood is basically high-school for middle aged women – it’s on! Honestly, we’re kind of excited to see where this goes. Jennifer Lopez might be “Jenny from the block,” but we wouldn’t sleep on Britney Spears – we’ve seen how she works a baseball bat.

Are you Team Britney or Team Jennifer? Let us know what you think about this silly feud in the comments below!