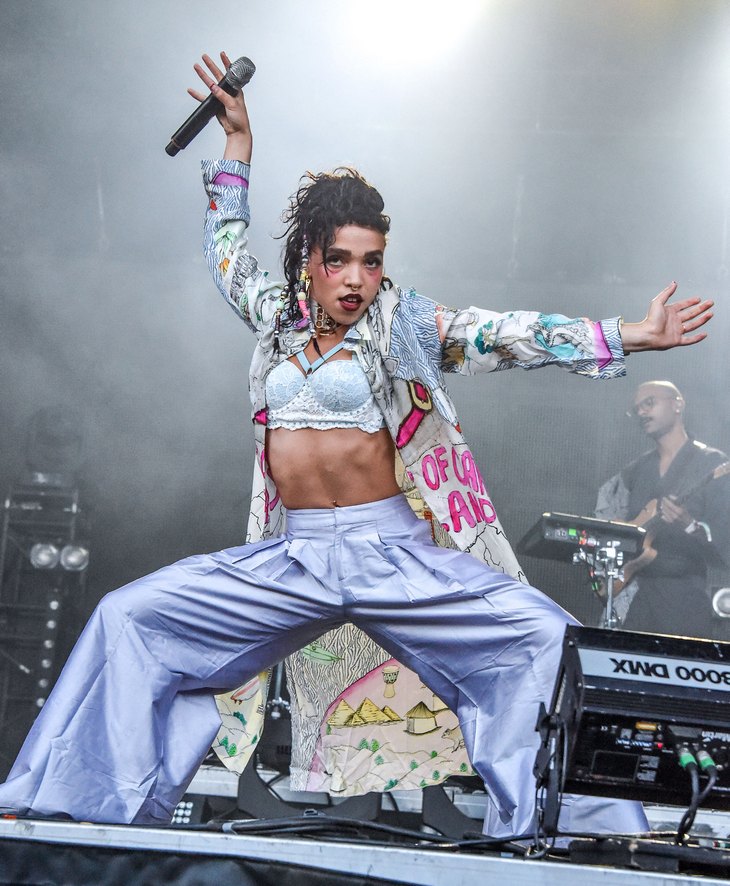 Robert Pattinson’s fiance, FKA Twigs, doesn’t seem to like anybody, we can all agree that she isn’t exactly a ray of sunshine. Now, we can officially add Taylor Swift to the lengthy list of celebs that she has thrown shade at for no apparent reason. Twigs recently sat down for an interview with Paper Magazine, and somehow Taylor Swift’s name got brought up. What Twigs had to say about the popular singer has us all scratching our heads.

Twigs compared her fan base to the fans of Taylor Swift, and basically implied that her listeners are much less shallow. Well, she didn’t exactly use the word “shallow,” but that’s the way that T-Swift’s millions of devoted fans interpreted her statement, and they took to social media to rant about the interview.

Here’s what Twigs had to say, “I think Taylor Swift is great, but I wouldn’t necessarily think, ‘Oh my god, I have to be friends with her. When I meet fans, they’re quite creative and intelligent, kind, sensitive. Some are old ladies, witch doctors from Louisiana, kids that have just left art school. Gay or lesbian couples, straight middle-aged couples.”

After making it very clear that her fan base was much more intellectual than those that listen to Taylor Swift, Twigs went on to say that the reason she is different from all of the other pop stars is because she has “throbbing energy.” And, it comes totally natural to her – so she “harnesses it.”

Seriously, what did Taylor Swift do to rub Twigs the wrong way? Is she just threatened by Swift’s success in the music business? Or is she just throwing shade at the popular singer to create some attention for herself? Let us know what you think in the comments below!