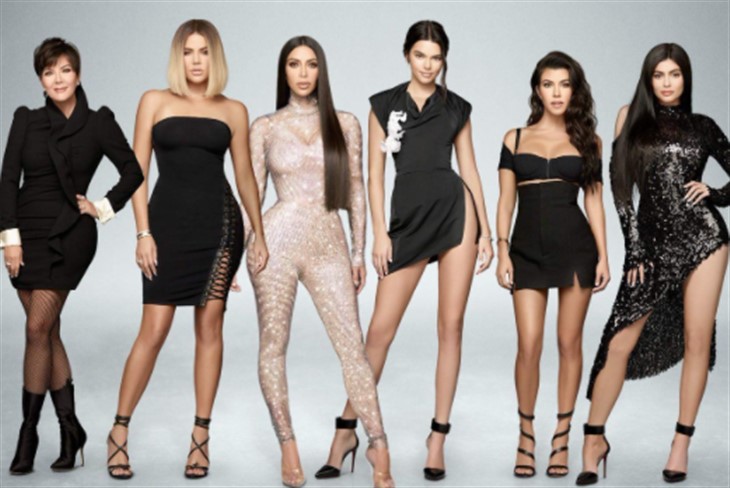 For the first time in history, Keeping Up With The Kardashians (KUWTK) will stage a reunion. And in the ultimate crossover, Real Housewives reunion host Andy Cohen will do the honors of hosting/fielding questions from viewers for Kourtney, Khloe, and Kim Kardashian as well as Kendall, Kris, and Kylie Jenner.

Get ready for all the tea on what’s known about the reunion and the possible implications. With Keeping Up With The Kardashians scheduled to air its last season, could one of the stars make the leap from KUWTK to Real Housewives? Plus: All eyes are on Kim Kardashian because it’s her first sit-down interview since news broke about her divorce from Kanye West.

Andy Cohen will use the skills and experience he’s acquired hosting Bravo TV show reunions like the Real Housewives and Southern Charm in hosting the first-ever reunion for Keeping Up With The Kardashians (KUWTK). Also known as the host of the network’s “Watch What Happens Live” talk show, Cohen will face off against the Kardashian and Jenner sisters, their mom/manager, and Kourtney’s baby daddy Scott Disick.

Why hold a reunion now after KUWTK has been on the air for two decades? The reality TV show that made the Kardashian and Jenner clan famous is set to end on the E network this spring. That conclusion makes a reunion timely.

And don’t look for Andy to toss Kim, Kourtney, Khloe, Kendall, and Kylie some gentle questions either. Cohen supposedly will ask questions from real viewers of the show, just as he does with Real Housewives reunions.

If Andy does follow the same pattern, can we expect table-turning and the equivalent of false leg banging at the reunion (perchance wig throwing?)? We’ll have to wait and see, but some members of the family (looking at you, Khloe and Kourtney) are known for their “let it all hang out” honesty.

Kim Kardashian Has Something To Celebratehttps://t.co/sVJE4fBSvk

The reunion is notable because it marks the first formal interview for Kim Kardashian since her decision to divorce Kanye West. Kim officially filed for the divorce in February, although rumors were soaring for months prior.

We’re betting that Kardashian will have to face questions about her current relationship with Kanye as well as the impact on their kids in the reunion. Kim has four kids with the singer: North West, Saint West, Chicago West, and Psalm West.

In addition, the reunion occurs at a time when the Internet exploded over a leaked photo of Khloe Kardashian wearing a bikini. What’s the big deal, since the sisters frequently show off their bodies in bikinis?

This photo was unedited, showing Khloe’s cellulite, slightly pouchy stomach, and actual waistline. “Oh horrors,” apparently was the reaction from the Kardashian team, who immediately launched demands to have the picture scrubbed from the Internet. Khloe will inevitably face questions about the bikini brouhaha as well.

Kim Kardashian News – How The KUWTK Reunion News Got Spilled

Bravo TV and the E Network both have skilled social network teams. Looks like they got together and figured out how to make a splash about the KUWTK reunion.

First up: Andy Cohen, who hinted on Twitter that something big was happening.

“MAJOR announcement coming today (and no, it’s not the #RHOBH trailer…),” tweeted Cohen. “Any guesses? I’ll give you a hint.”

No one correctly guessed what was happening, but the E network came to the rescue of wannabe-guessers, with a formal announcement.

As usual, social media had questions and insights to offer on the news. The big question on the Reddit KUWTK community: What happened to Ryan Seacrest?

Ryan, who played a key role in originally getting Keeping Up With The Kardashians on the air and has been an executive producer, would have been an obvious choice to host a reunion. Some thought Seacrest might have done a better job, expressing concern that Andy “goes too soft on most of the housewives, he’s certainly not gonna grill these women who he definitely holds to a higher regard.”

Originally, Cohen was into “reading the mean tweets” for the Real Housewives reunion, pointed out another. With Andy known to be friends with the Kardashian clan, some Reddit users felt that the “Watch What Happens Live” host “will fluff up every answer with a whole lot of nothing,” as one wrote.

Can Cohen keep up with the Kardashian clan, or will they ignore any tough questions just as successfully as they scrubbed Khloe’s unedited bikini pic from the Internet? We’ll have to wait and see!