The Young And The Restless (Y&R) Spoilers: May 13 Features A Chess-Centric Episode To Explore Adam Newman’s Life And Times 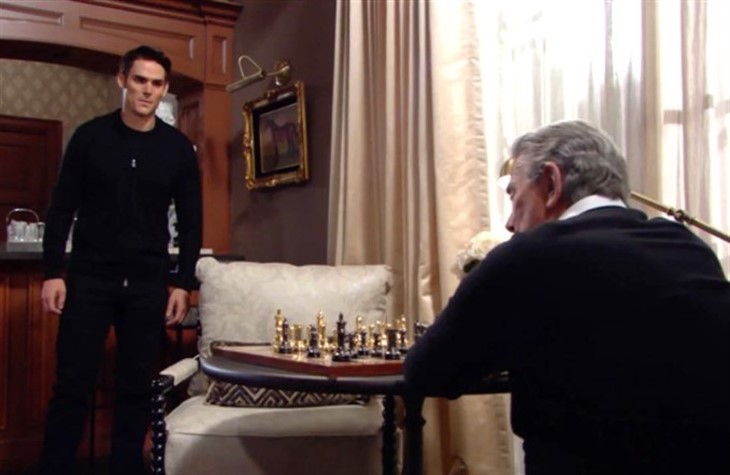 The Young and the Restless (Y&R) spoilers reveal that Mark Grossman sees his character Adam Newman as a complicated guy, to the point that he spends time rationalizing his behavior. He spoke recently to Soaps.com about his two years on the number one rated CBS sudser.

This month marks the second year that Grossman has spent inhabiting the devious character in Genoa City, Wisconsin. According to him, the journey has been a good one, “Everyone was great,” he says. “The vets all helped me figure things out and had such great advice.”

He jumped right into the fire as, “the first couple of months just trying to get used to the pace and figuring out who Adam was and how he fit in. I was in nearly every episode those first few months. I’d never done daytime, so I wasn’t used to that amount of material or the pace. It was a lot!

For the past few weeks Adam has been in the think of the action, accused of poisoning Rey Rosales (Jordi Vilasuso), going on the run, and now saving a family member with organ donation. Is there anything Adam can’t do?

The character is the center of a special episode airing on Thursday, May 13. According to Grossman, “It deals with all of the relationships in Adam’s life. The decisions he’s made in the past and what he really needs to do in order to move forward.”

Y&R Spoilers – Adam Newman Has A Day Of Reckoning

Will there be a Shadam reuniting? According to Grossman, “I don’t think Nick’s (Newman, Joshua Morrow) ever going to be a big fan of them getting back together. That’s the biggest problem for Adam and Sharon — not just Nick but Sharon’s family.”

“Nick and Adam have been butting heads ever since I joined the show. Maybe this will help lead to a little bit of a cooling-off period where they’re concerned.”

He is referring to saving Nick’s daughter with his kidney.

The Young And The Restless Spoilers – Is There A Shadam Reunion In The Works?

“Even though Adam would probably never admit it, even to himself, he wants his father to be proud of him,” says Grossman.

In the chess episode, Grossman says, “Each of the chess pieces represents a different character. Ultimately, the game helps Adam “decide in which direction he wants to go with his life.”