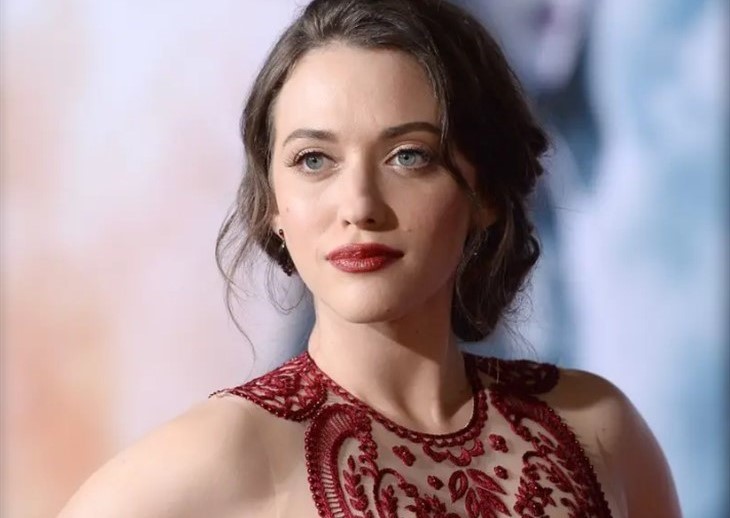 A little over a week after going public with their relationship, Kat Dennings has announced her engagement to musician Andrew W.K.

The Two Broke Girls alum took to social media to reveal their engagement with a close-up shot of her gorgeous diamond ring, the caption reading “Don’t mind if I do.”

Dennings also shared a second snap of the duo kissing. Her fiancé Andrew, posted about the happy news on his social media.

The pair sparked romance rumors in early May, posting cozy pics together online. One of the images sees Andrew kissing Kat’s forehead while another shows them locking lips.

Prior to his romance with Dennings, Andrew was married to Voss Events talent manager Cherie Lily. While the 34-year-old actress was in a relationship with Josh Groban.

The pair split up in 2016 with a source revealing at the time, “It was a mutual breakup. They are still friends and care about each other, but it’s not the right time for them now as a couple.”

A Powerful And Emotive Actress, Dennings Has Admitted To Being Attracted To Roles In Which She Can Draw From Her Own Romantic History

Two years ago, Dennings who is known for her roles in Dollface and Wandavision reflected on her relationships and how they influence the characters she portrays, telling Instyle, “I am attracted to roles I feel like I can bring a real aspect to, you know like I can actually draw from something. I’ve had a storied love life and a somewhat interesting upbringing, so I feel like I relate to those characters.”