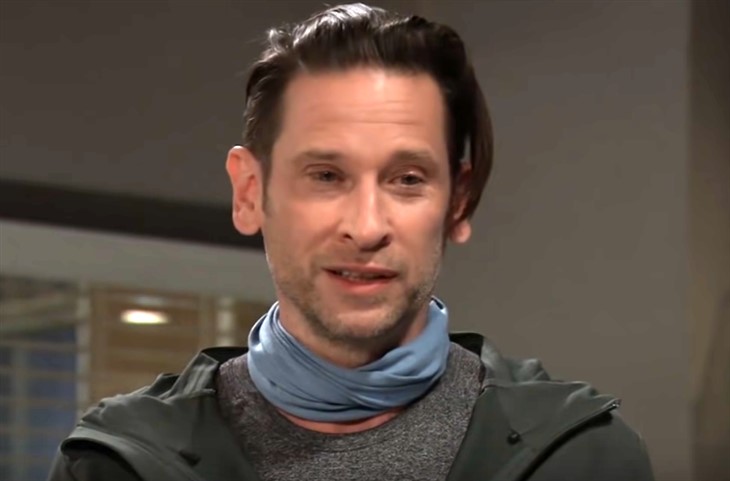 General Hospital (GH) spoilers and rumors tease that Austin (Roger Howarth) could be the investor who bought The Invader from Peter August (Wes Ramsey), and this may be revealed in upcoming episodes of General Hospital!

General Hospital viewers will remember that before Peter August (Wes Ramsey) tried to go on the run and met his death on a stairwell, Anna Devane (Finola Hughes) went looking for him in his office. Peter was busily clearing out everything when Anna came to him for more of the antidote for Harrison Chase (Josh Swickard). General Hospital viewers will remember that Chase had been poisoned by a toxin meant for Hamilton Finn (Michael Easton) and Peter had the only antidote at the time.

General Hospital (GH) Spoilers: Brook Lynn And Maxie Have A Showdown Over Louise/Bailey?

Peter told Anna she wouldn’t be able to find him at his office anymore, because he had sold the paper to an investor. At the time, many viewers assumed that the sale of The Invader would be tied to either Cyrus Renault (Jeff Kober) or Elijah Crowe (Dan White). But now, with both Renault and Crowe off the canvas and in prison, the focus must be on another investor; Austin owns a lot of property around Pautauk, New York, but could he also be the investor who bought The Invader?

Of course, this was before Austin encountered a distressed Maxie Jones (Kirsten Storms) in labor, running from Peter, and Peter wouldn’t have been any more than someone selling a paper to him. Austin wouldn’t have had any clue about whom or what Peter was other than a name on a signed sales contract.

GH Spoilers And Rumors – Austin Did Not Come To Port Charles, New York Of His Own Free Will

General Hospital viewers will recall that Austin did not come to Port Charles, New York of his own free will; he was transported via ambulance unconscious, after Fake Chloe (Kimberly J. Brown) knocked him out with a fire poker. Maxie had called 911 for both of them after calling Brook Lynn Quartermaine (Amanda Setton) to come from Beecher’s Corners to take newborn Louise Jones (Harper and Scarlett Bloom).

We can safely assume Maxie won’t want Louise to bear Peter’s last name, but for the meantime she is Bailey Lois Quartermaine (Harper and Scarlett Bloom). Up until recently, Austin hasn’t pursued anything concerning The Invader, but then he has been too busy helping look for the baby he delivered and also looking into the Quartermaines, who apparently are his family of origin. It appears that Austin owns more private properties, cottages and motels and the like than commercial properties, at least in the Pautuck area but then maybe there aren’t a whole lot of commercial properties there.

The places that Austin hikes in and has led searchers for Maxie’s baby in are pretty remote. Longtime General Hospital viewers will recall that the person who is possibly Austin’s mother owned a country store, and perhaps not much has changed there over the years although we do know there is a hospital. Austin works in it and was trying to get Maxie and Louise to it before he was knocked out. If Austin is the investor who bought The Invader, knowing what he does about Peter August now, he will be ashamed that he did any business with him!