Days Of Our Lives (DOOL) Spoilers: Do You Want Belle And Shawn To Stick Around For Good? Vote Now! 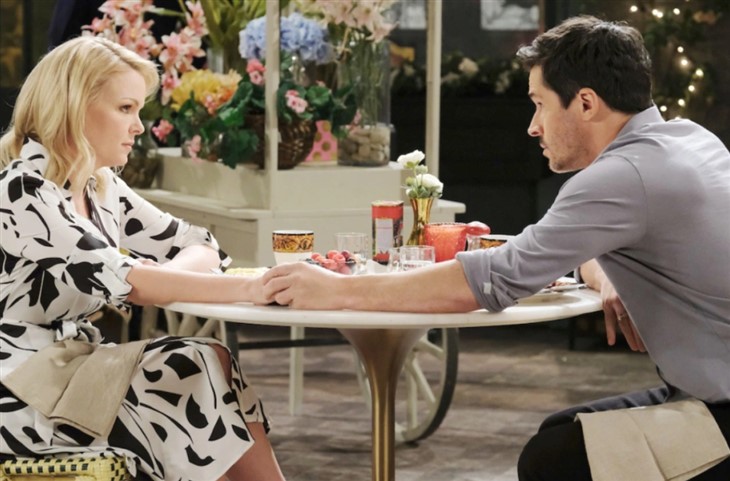 Days of Our Lives spoilers reveal Shawn and Belle continuing to be there as a support to all their friends and family after years of off-and-on living in Salem, but should they stick around for good this time? You tell us!

Belle Black (Martha Madison) and Shawn-Douglas Brady (Brandon Beemer) are two legacy characters who grew up on screen and fell in love way back in high school. Although it took years for them to get together, they raised daughter Claire off-screen, but then returned to Salem just to divorce.

Days Of Our Lives (DOOL) Spoilers: Nicole Is Heartbroken But Not Ready To Give Up On Love

Eventually, they realized they should be together, but left teenage Claire (then, Olivia Rose Keegan) to her own devices, first with her grandparents and then on her own when she graduated high school. Leaving Claire to her own devices was never a good idea because the young woman had a breakdown that caused her to set Ciara (Victoria Konefal) on fire and really needed her parents around.

In fact, when Claire was going through her issues, Belle and Shawn’s absence from the Salem scene was glaring and it never made sense to have them practically abandon their mentally ill daughter so that Belle could pursue a law career in Hong Kong.

Now that Belle and Shawn seem to be back to stay for a while, they’ve been given nothing to do. Yes, Jan (Heather Lindell) snuck back into their lives, but that all seemed like an old story rather than a new story. Yes, Belle was accused of killing Charlie Dale (Mike Manning) when it was really Jan who did the deed, but even then Belle seemed like a secondary part of the story.

Days of Our Lives (DOOL) Spoilers and Rumors: Rex And Xander Work Together To Find Sarahhttps://t.co/Zgg16fxsCS

Since Charlie’s murder was solved, Belle and Shawn have become nothing but talk-to characters dealing with everyone else’s problems, with very little conflict of their own. If we are to have these two beloved characters back on the canvas, they should at least have a front-burner story.

Are Belle and Shawn needed in Salem or can they go back to occasional visits to check on Claire and see if she’s gone crazy again? Let us know in the Days of Our Lives poll below.