Days Of Our Lives (DOOL) Spoilers: Who Should Claire Brady End Up With? Vote Now! 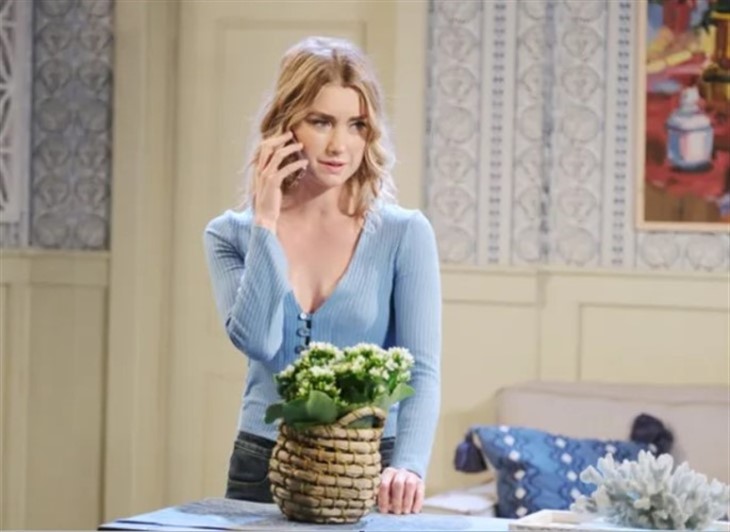 Days of Our Lives spoilers reveal Claire (Isabel Durant) continuing to be a friend and offer advice with no real life of her own. This is a girl who was once so boy crazy that she would set people on fire to keep a man so it makes no sense for her to be all alone.

Sure, her last attempt at romance was with Charlie (Mike Manning), a sociopath who raped Allie (Lindsay Arnold), but that doesn’t mean she can’t try again. And maybe should try again with someone she knows to be safe. We have a feeling Tripp (Lucas Adams) and Theo (Cameron Johnson) may be on the market again soon, so which one should Claire be with? You tell us!

Days Of Our Lives – The Case For Theo Carver

Theo was Claire’s first love and the two had so much fun that they often took videos of some of that fun that ended up on the Internet. Whoops! Still, there was a natural ease between Theo and Claire and they actually did have fights, unlike Ciara and Theo. They had a spark and weren’t just childhood best friends trying to make it work.

Perhaps Claire is so against Theo marrying Ciara because she is still subconsciously carrying a torch for Theo. After all, she did kiss him right after she first met Charlie and he informed her he was with someone else. That someone else was Chanel (Raven Bowens) and Chanel might be the reason that Claire’s next boyfriend could be available sometime soon, which brings us to….

Tripp was Claire’s obsession and while that might not be healthy, Claire has proven that she is healthy now and won’t set anyone on fire for a boy again — just in the way Ben (Robert Kelker Kelly) will never kill women with red neckties again because Abigail (then, Kate Mansi) decided she was in love with Chad (Billy Flynn).

Can Tripp and Claire give it another try? After all, it doesn’t look like things are going to work out between him and Allie and maybe it shouldn’t. It just seems weird to date a girl who was accusing you of rape only a few months prior? Is it time for Tripp to rethink things? Might he be the one for Claire? Or will it be Theo? Let us know in the Day of Our Lives poll below.