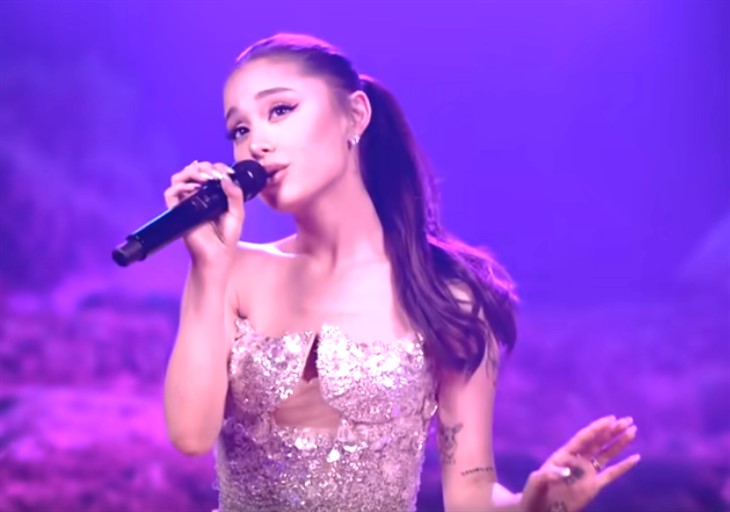 Ariana Grande, one of the best vocalists of all times, at least according to singer-songwriter Katy Perry, will be joining the cast of The Voice for its 21st season. As the newest coach on The Voice, she came riding in on a crescent moon, enchanting a bear and other animals to break into a song in the promotional video. The star is almost as excited to be joining the new season as fans are looking forward to seeing her on the show. And that beautiful note she came in with, well, let’s just say that only Ari can pull that off.

The Voice season 21 will see coaches John Legend, Blake Shelton, Kelly Clarkson and Ariana Grande battle for the chance to coach the next songbird who will be crowned the champion of The Voice.

Season 21 will be premiering on Monday, September 20, and its first promo showcased their newcomer Ariana Grande.

After the two-time Grammy winner descended from the stars, she joined her fellow coaches round the campfire.

When she is made aware of the tradition for the newcomer to sing a song for the others, she shyly says she couldn’t possibly do it… and then immediately proceeds to belt out the chorus to Olivia Newton-John’s “Hopelessly Devoted To You,” from the 1978 classic Grease. 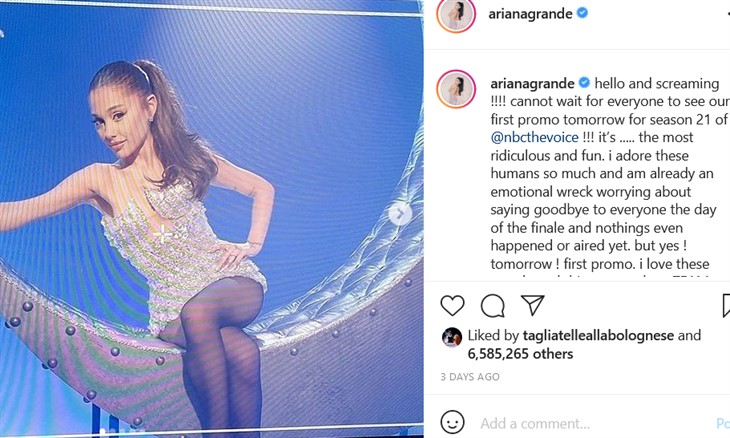 Ariana Is Later Joined By The Other Coaches, As Host/Park Ranger Carson Daly Looks On In Pure Admiration.

As for what Ariana will bring to the show, Jenny Groom, EVP of Unscripted Content for NBCUniversal Television and Streaming, said: “As an undeniable force in pop music, Ariana’s inimitable success in the music industry is extraordinary. We were thrilled to learn that she is a true fan of The Voice and know that this enthusiasm will add to her impact as a dynamic coach. Ariana is a visionary with over a decade of experience in the music industry. Her unmatched vocal skills, creativity and unique expertise on all facets of the industry will make her an invaluable coach to the next generation of artists.”

Ariana Grande, 28, also shared a behind-the-scenes of the promo and some set pictures, writing: “Hello and screaming !!!! cannot wait for everyone to see our first promo tomorrow for season 21 of @nbcthevoice !!! it’s ….. the most ridiculous and fun. i adore these humans so much and am already an emotional wreck worrying about saying goodbye to everyone the day of the finale and nothings even happened or aired yet.”

The “7 Rings” singer added: “but yes ! tomorrow ! first promo. i love these people and this crew and my TEAM OH MY GOD and everything about this. i can’t say anything else. but… simply cannot wait til we get started.”

Be sure to catch up on everything happening with Ariana Grande right now. Come back here often for all Ariana Grande and The Voice spoilers, news, and updates.