The Young And The Restless (Y&R) Spoilers: Time For Nate To Pop The Question – Elena Ready For Marriage? 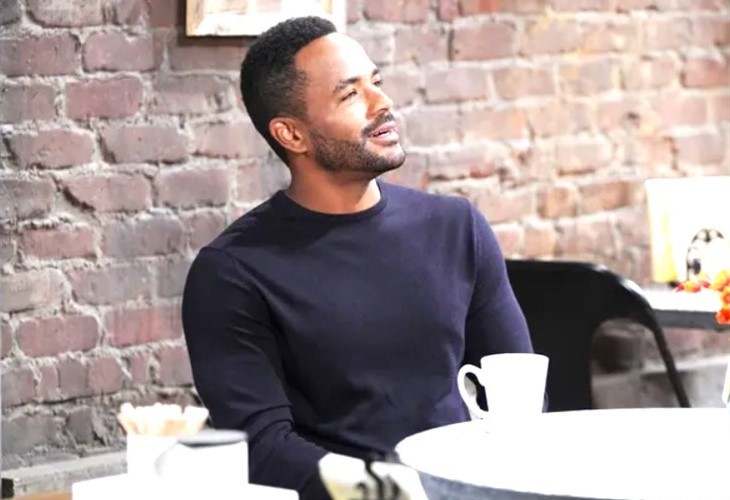 The Young and the Restless (Y&R) spoilers document that Nate Hastings (Sean Dominic) is clearly in love with Elena Dawson (Brytni Sarpy). After a tense start, Nelena is doing well.

Past differences with Devon Hamilton (Bryton James) have since been sorted out. The emergence of Demanda has allowed Nate and Elena to focus on their relationship, rather than what Devon and Sarpy’s character once meant to each other.

Now, with a surprise wedding invitation to Tuscany, Italy, Nate will have an opportunity to determine if Elena is ready to advance their status.

Elena has come a long way since fans first met her. So much drama is packed into the soaps that it does not feel like it has only been two years since Sarpy debuted on Y&R.

Elena’s introduction to GC came through Devon. She helped him during a momentous time in his life, as Devon was still grieving the loss of Hilary Hamilton (Mishael Morgan) when he first met and took an instant liking to Elena.

Nate lacked confidence when he returned home to Genoa City, Wisconsin. Similar to Devon, Nate was dealing with the loss of a loved one when Brooks Darnell (Nate) became the recast in 2018.

Viewers had not seen Nate since 2011 when Walter Fauntleroy (Nate) last portrayed Olivia Winters (Tonya Lee Williams) and the late Nathan Hastings’ (as last played by Adam Lazzare-White) son. Devoted fans are glad that TPTB has this offspring of a core Y&R family, during the 1990s and 2000s, as a regular on the show.

Like his mother, Nate is an accomplished doctor. His hire as the head of surgery at GC Memorial affirms his vocation and allows his personal life to hopefully remain in balance.

The Young And The Restless Spoilers – Moving Forward On Y&R

It felt destined that Elena and Devon would marry. Then, Amanda Sinclair (Morgan) shockingly appeared and the daytime clock started ticking on whatever Elena had with Devon.

Nate and Elena care about each other and share medicine as a common career bond. Whether they are certain to stay together remains an open question.

Maybe Nate will use the Italian setting of Vashland’s proposed wedding to advance his love interests? Hopefully, the referenced nuptials happen to facilitate the suggested Nelena engagement.