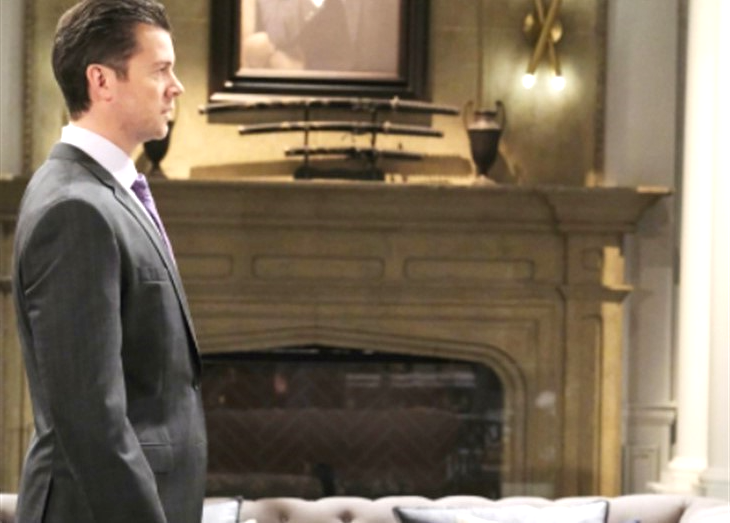 Days of our Lives (DOOL) spoilers and updates tease EJ DiMera (Daniel Feuerriegel) has been trying to bury the pain that he has been feeling. He has been focused on trying to get his son Johnny DiMera (Carson Boatman) to join him in their family business DiMera Enterprises.

Nicole was married to Eric Brady (Greg Vaughan). She thought that they would have a long future together. However, Eric got an opportunity to do charity work in Africa. Eric left Nicole to help those in need in Africa. Nicole was lonely because Eric had been away for a long time. Nicole ended having a one-night stand with Xander after she had found out that Eric was not coming back to Salem. Nicole was delighted when Eric surprised her by returning home. They had an anniversary party that ended when Xander told Eric about his and Nicole’s one night stand. Eric was devastated and ended his marriage to Nicole. Nicole has been finding comfort from Rafe Hernandez (Galen Gering) which has not made his girlfriend Ava Vitali (Tamara Braun) happy. Nicole does not want to come between Rafe and Ava. She told Rafe that they need to keep their distance.

DOOL Spoilers – EJ DiMera Has Been Seething From His Betrayal

EJ believed that his marriage to Sami was strong. Sami had stood by EJ’s side when he was recovering from a serious injury. Sami and EJ had not been in Salem for a long time when Sami needed to come back to help her daughter Allie Horton (Lindsay Arnold). Sami ended up having an affair with her ex-husband Lucas Horton (Bryan Dattilo). EJ came to Salem to be with Sami and take back DiMera Enterprises from his half-brother Jake DiMera (Brandon Barash). Sami wanted to break Nicole and Eric up because Eric is Sami’s brother who she feels she needs to protect.

She paid a million dollars to Xander to expose his one-night stand to Eric. Sami was happy when Nicole lost Eric. She did not know that Nicole would be able to take EJ away from her. Nicole came into possession of a letter that EJ’s sister Kristen DiMera (Eileen Davidson) wrote to EJ which revealed the truth about Sami and Lucas’ affair. Nicole gave the letter to EJ. EJ confronted Sami and Lucas about their affair. He has been furious about Sami betraying him and has not wanted to continue his relationship with her.

Days of our Lives EJ wants to get over Sami and move on. EJ has been spending time with Nicole to deal with his different problems. Nicole can see that he is going through a difficult time. What will EJ want to get Nicole to help him with in the future? EJ can see that Nicole has been trying to move on without Eric. What will EJ do to try to help Nicole to forget the pain she feels without Eric? EJ and Nicole are both lonely souls. Will they decide to try find a future with each other? Be sure to catch up on everything happening with DOOL right now. Come back here often for Days of Our Lives spoilers, news, and updates.