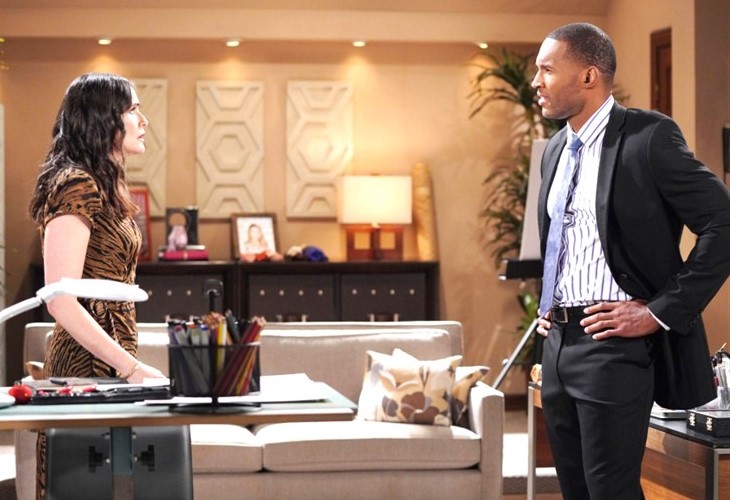 Quarter was fully conflicted about the connection they formed in recent months. While they have fallen in love, hurting Eric was never their intention but was the anticipated effect.

However, the ever-generous patriarch of the Forrester family and this soap made a remarkable decision. Eric decided to endorse Quarter, which Carter feels represents justification for the pairing to exist.

Eric’s decision involves a mix of compassion for his wife and self-pity. Ridge Forrester (Thorsten Kaye) noticed his adopted father’s lack of confidence when he and Brooke Logan Forrester (Katherine Kelly Lang) spoke with him at the mansion.

During another intervention-like session, Ridge told Eric that he was not behaving like himself. The swagger was gone and Bridge believed that had to do with Quinn’s actions.

Eric senses his mortality, which is truly why he decided to endorse Quarter. It is not just that he has developed what may or may not be a purely physical problem and is digesting the current implications.

Instead, Eric sees a day coming when he either will not be aware of his surroundings or will be off the earth. With that type of analysis, he wants to help his wife make a transition to the next part of her life.

Zoe Buckingham (Kiara Barnes) did a number on Carter. She allowed him to believe that the love he had for her was matched by her own. It was not.

So, after the embarrassing pursuit of Zende Forrester Dominguez (Delon de Metz) flopped, Zoe was caught. She had one option left, Carter.

However, Saint-Victor’s character eventually realized that Zoe was not the woman he was going to spend the rest of his life with.

Zarter ended with a thud and Carter’s loneliness led to the conversations with Quinn about her Queric problems. All of that brings us to now.

Quinn is not like Carter, in that he will be alone in his apartment after the Quarterly meetings. She will return to the mansion where Eric wallows in his existence.

How can Quinn possibly be expected to maintain some semblance of normalcy when what she has been asked to do by Eric and Carter is not that? That is one of the various intriguing parts of this plot on B&B.