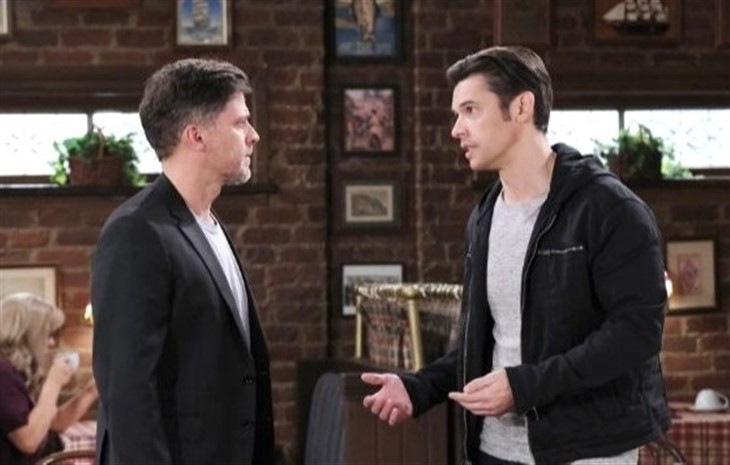 Days of Our Lives spoilers indicate that Eric Brady (Greg Vaughan) and Xander Cook (Paul Telfer) may have another woman to fight over. Jada Hunter (Elia Cantu) has chemistry with both men and that could spell trouble. Xander’s passionate reaction to Jada eludes to a fiery meeting in the future. Jada’s interest in Eric could certainly stir up some passion as well.

Days Of Our Lives spoilers reveal that Xander has already sparked Jada’s temper by questioning her judgment. Xander has accused Jada of harassment over her investigation of Sarah Horton (Linsey Godfrey). However, rumors suggest that Sarah could eventually end up in a mental health facility again. Xander is certain to get lonely while she’s gone.

Xander and Jada may but heads over Sarah but that doesn’t mean they wouldn’t be passionate elsewhere. Will Xander and Jada have a torrid affair while Sarah is gone? After all, Eric’s attraction to Nicole Walker (Arianne Zucker) is obvious.

Eric may have divorced Nicole but that doesn’t mean he isn’t still in love with her. Eric was extremely upset over Nicole’s cheating but that was partially his fault. How can Eric blame Nicole when he was never around?

Eric recently saved Nicole from a robber. Nicole was approached by the man that killed Jake Dimera (Brandon Barash) and Eric intervened. Several people have noticed the pull that Eric and Nicole still have to each other, including her husband, Rafe Hernandez (Galen Gering). Eric and Nicole could cross that line at any time.

Days Of Our Lives Spoilers – Could Xander Cook Fall For A Cop?

Xander is far from a saint and being with a cop is not the first thing anyone would expect from him. However, Xander and Jada are likely to continue to but heads over Sarah. Anger often turns to passion which could certainly happen with these two. If Eric gets hurt in the process, that is icing on the cake for Xander.

Will Xander sleep with yet another woman Eric is attracted to? After all, he has already slept with Sarah and Nicole, what is one more? Will Jada stray if she does get into a relationship with Eric? Jada and the former priest may be getting along famously but that doesn’t mean it will last.

Can Eric truly move on from Nicole? Will Xander betray Sarah again? Keep checking back for DOOL spoilers, news, and updates to find out.