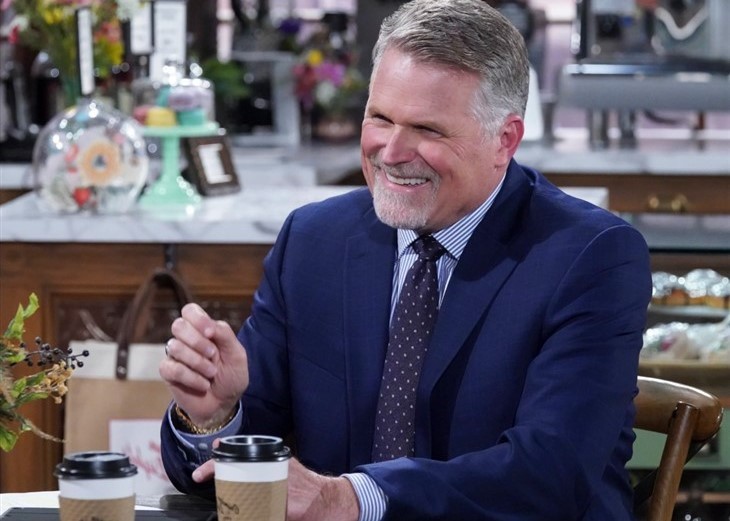 The Young and the Restless spoilers and updates tease that Robert Newman, who played the role of Ashland Locke in the sudser, is keeping himself busy after leaving the soap. The actor heads back to the theater in a play that’s set to premiere on August 9-12.

Newman, who also appeared on Guiding Light as Joshua Lewis, is set to play the role of Dennis Dupree in a play titled Rock of Ages at the Barn Theater.

In an interview with Ken Lanphear on WKZO, Newman opened up about his time on The Young and the Restless. The actor revealed that he only had a six-month contract with the show even though they wanted him to stay on for much longer.

Unfortunately, he was unable to move to Los Angeles to film scenes for the daytime show and stay on as Ashland for a longer time. Newman is unsure if he still wants to return to daytime when asked about his plans of returning to daytime TV. However, he shared that he’s still auditioning for nighttime TV.

Chance Chancellor (Conner Floyd) will question Victoria Newman (Amelia Heinle) and Nick Newman (Joshua Morrow) about Ashland’s death. He’ll go over some new evidence, but the pair will start to be annoyed with all the questions.

Chance will bring up the problems with the security footage and the parked car. He’ll wonder how Ashland managed to make it to the gas station, given his weakened state. But Chance will give them the benefit of the doubt and assume that Nick and Victoria won’t call him if they’re trying to hide something.

Nick will hand over Ashland’s ring to Chance. However, the latter will be puzzled as to why and how the ring fell from Ashland’s pocket. Chance suspects that Victor Newman (Eric Braeden) was involved in some way. He may have moved Ashland’s body to protect Nick and Victor.

However, Nick will insist that they’ve told him everything they know. But Chance will continue to insist that now is the best time to come clean if they know anything else. After Chance leaves, Nick and Victoria will bicker about their current situation. As for Chance, he’ll also confront Victor about his suspicions.