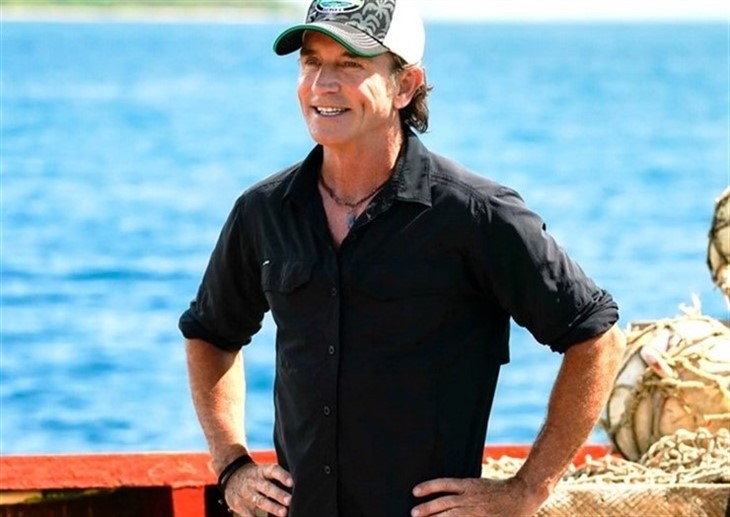 Survivor spoilers reveal that the show recently aired its premiere episode for Season 41.

And with Jeff Probst happily returning as host, the new season of Survivor offers a comforting familiarity amid the changes required by the pandemic.

But even as the latest crew of castaways competed to survive, Probst sought ways to differentiate this season from the past.

As a result, Jeff now looks back on the Survivor season 41 and declares it, “absurd.”

Find out why below.

But that love doesn’t prevent him from seeking ways to make season 41 stand out.

As a result, Probst reflected on ways to make the 41st season premiere unique.

And he found it in a way that he now calls a “nutty, risky experiment,” per EW.

“I was talking on the phone with [executive producer] Matt Van Wagenen and we were riffing on ideas,” recalled Probst.

As a result of that “fun” discussion, Jeff asked a bold question.

“What if the first thing we see in Survivor 41 is me walking through the jungle talking directly to the fans?” wondered the Survivor host.

And he took that idea one step further.

“I tell them how much I’ve missed them,” continued Probst. “Clearly an absurd way to start an adventure show!”

Looking back on that brainstorm discussion, the Survivor host now calls the chat “inspiring.”

“So from that point forward, we looked for opportunities to talk directly to the audience,” explained Probst.

And with Jeff taking charge of the concept, viewers will see the dimpled host talking directly to them “a few times during the season.”

But never assume that Survivor will stay to the tried and true, added Probst.

As a result of his years on the show, Jeff believes in listening to fans.

“We love the idea, but we want it to grow organically from season to season. And we’ll gauge our fans’ reaction and adjust accordingly,” he added.

In addition to talking directly to fans, Survivor host Jeff Probst feels enthusiastic about the “Shot in the Dark Die.”

And although each contestant can play that game twist only once, it enhances the overall season 41 theme of “dangerous fun.”

“When you combine dangerous fun with a dilemma that forces a player to make a risk-vs.-reward decision, then you have a great Survivor game element,” summed up Probst.

To incorporate this element into Survivor, the bag currently resides in the voting confessional.

As a result of that location, each castaway can keep his or her decision private.

“Nobody else knows what you’re doing. That’s the dangerous fun element,” pointed out Jeff.

“Then, if you decide to reach into the bag and grab a scroll, you must sacrifice your vote. So you can’t vote at that Tribal Council. But nobody else will know until the votes are read. That’s the risk-vs.-reward dilemma.”

Bachelor in Paradise Spoilers: Brendan And Pieper Split After Unfollowing Each Other on Social Media? Called Out for Controversy https://t.co/xQu3IZ4rnE #BachelorInParadise #RealityTV #ABC pic.twitter.com/1lLu9Ekbaq

But the intrigue of this new twist doesn’t stop there, added the Survivor host.

“And what makes the Shot in the Dark a great game element is that it does not require anyone to ever play it in order for it to have impact. The mere threat that someone might reach into the bag is what creates the uncertainty,” he added.

What do you think of the new twists added to season 41 of Survivor?

Love them? Hate them?

Tweet us your views! And be sure to check back on our site for all your Survivor updates and news.