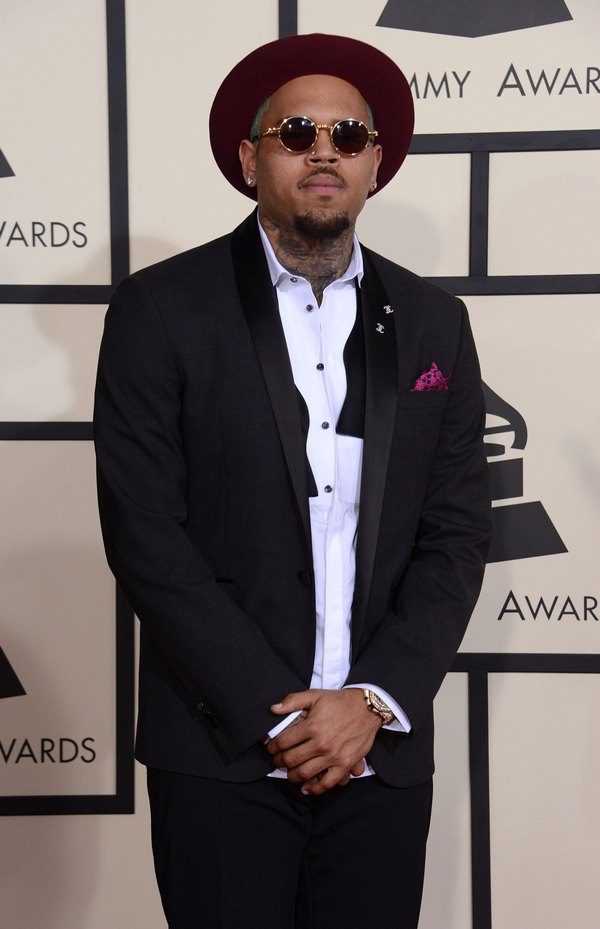 Chris Brown somehow managed to hide the fact that he had secretly fathered a 9-month-old baby daughter from the press. Despite our personal feelings towards Chris Brown and his many, many failings, that’s an impressive feat, no?

The mother to the baby girl is apparently a former model named Nia Gonzalez, who has known Chris for many years. TMZ reports, “Sources connected to both Nia and Chris tell us they are on very good terms — however they’re not together romantically. We’re told 25-year-old Chris is happy about being a father.”

Thus far, there is reportedly no formal child support or child custody agreement in place. Really, all we know is that Chris Brown is supposedly ‘happy’ about being a father, and that he and Nia Gonzalez are on good terms. There were several rumors alleging that Nia Gonzalez had tricked another man into believing that he was the father, but that has yet to be confirmed. At this point, if TMZ is reporting it, then we know it’s true.

Chris hasn’t denied the claims, but one has to wonder how his on-again/off-again girlfriend, Karrueche Tran, is feeling about all this. Wait, no scratch that. She has broken up with him after this morning’s bombshell announcement, tweeting, “Listen. One can only take so much. The best of luck to Chris and his family. No baby drama for me.” Can you blame her? She’s already been through so much with him, as she says. There’s only so much she can take, again, as she says.

What do you guys think about Chris Brown keeping the fact that he’s a father a secret from the press? Do you think he would have announced the news if it was up to him, or would he have kept his baby daughter a secret? Let us know your thoughts in the comments below.