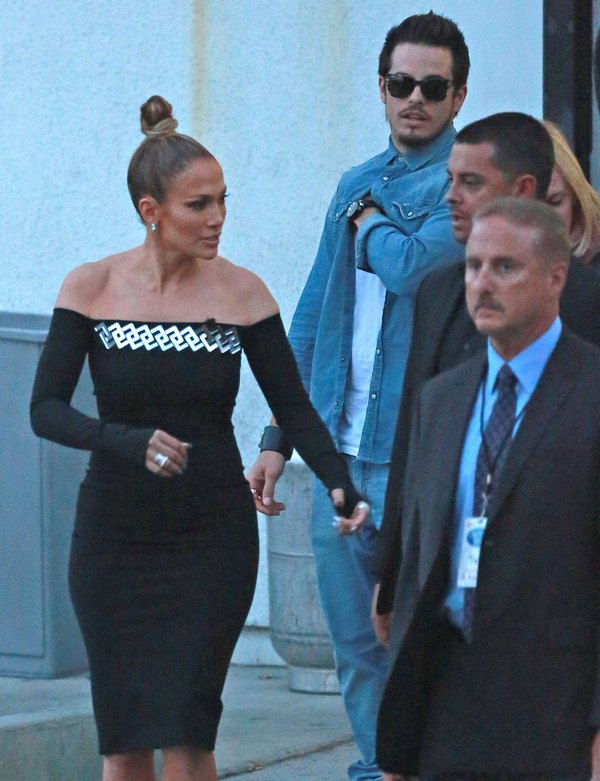 Jennifer Lopez and Casper Smart are reportedly hooking up again, because J.Lo apparently can’t stop making bad decisions when it comes to her love life.

Plus, a new report from Life & Style Magazine claims that not only are Jennifer Lopez and Casper Smart back together, but they’re allegedly planning a $3 million wedding for December.

Life & Style’s source explains, “She’s narrowed down the location to exotic Hawaii or Puerto Rico. She’s willing to pay a fortune to make her wedding day perfect. [And] she’s positive Casper is the one.”

Plus, she’s reportedly planning to have her daughter, Emme, serve as the flower girl, and her son, Max, serve as the ring-bearer.

Could this possibly be true? We know Jennifer Lopez loves weddings and getting married, considering the fact that she’s been married a grand total of three times! What’s another marriage to add to that list?

Honestly, it’s surprising that Jennifer Lopez even dated Casper Smart for this long without marrying him. Most people predicted that they would get engaged within a year of dating each other, but J.Lo and Casper dated for several years without so much as a hint of marriage. And then, of course, they finally broke up, which made us think that Jennifer finally came to her senses and realized that she’s too good for him.

But alas, then reports started coming out alleging that the former couple was back together – or at least, ‘hooking up’ again. And for whatever reason, that’s quickly become ‘dating again’, which has now apparently become ‘marriage’.

What do you guys think about Jennifer Lopez and Casper Smart getting married to each other in December? Do you think they really are back together and getting married, and that Jennifer would be shortsighted enough to make this mistake?