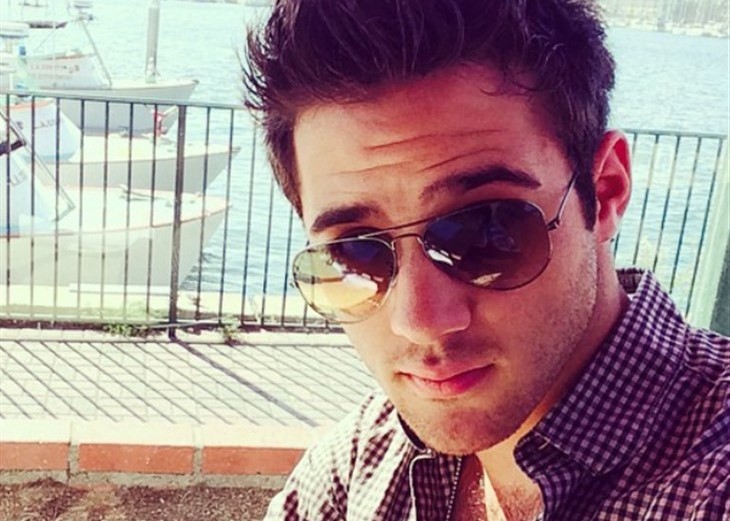 Casey Moss has confirmed that JJ Deveraux is only sticking around for a while on Days of Our Lives.

Moss returned to the NBC daytime soap opera just this past week as his character came back to mourn his sister. Abigail’s (Marci Miller) death. Moss is not very active on social media but he came on recently to tweet, “Nice to be back in Salem for a little while;) missed ya @nbcdays family!” This indicates that he was only back on the show for a while.

Moss began his acting career on May 3, 2013, when he joined the NBC soap opera, Days of Our Lives. Before this, in 2012, he had modeled for James Tudor underwear. He is also in a band called Eyes of One which was set to release some new music.

They released their first EP Reconnection in May 2014. It was in June 2015 that Moss was announced as Jonathan Lipnicki’s replacement as Tyler Dean on the teen television series, Youthful Daze starring several other soap stars. And, in December 2016, he has cast in the film The Last Champion to star in the role of Scott Baker.

Nice to be back in Salem for a little while;) missed ya @nbcdays family!

Moss has been dating his former co-star True O’Brien since 2015. The couple announced their engagement this year shortly before his onscreen return to the show.

With Abigail no longer on the show, wouldn’t it be awesome if Moss could make a full-time return in the role as JJ Deveraux. After all, he earned himself a Daytime Emmy Award nomination in 2018 for his amazing portrayal of the role in the category of Outstanding Young Actor in a drama series. It would be good to see Jack (Matthew Ashford) and Jennifer’s (Cady McClain/Melissa Reeves) child back on-screen on the canvas more permanently.