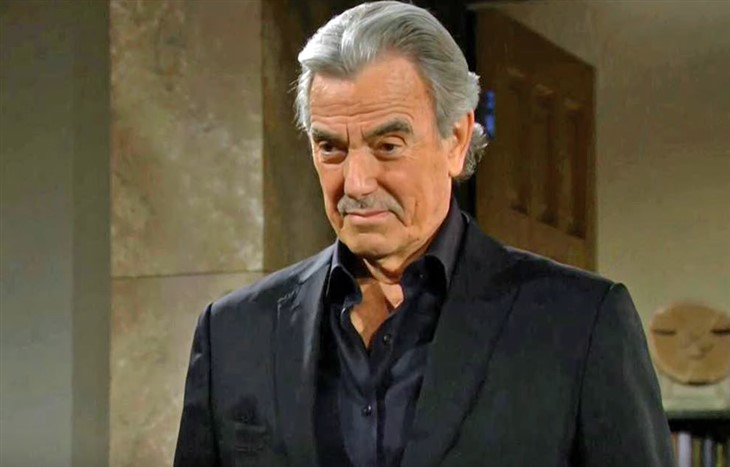 The Young and the Restless spoilers document that Victor Newman (Eric Braeden) still holds out hope that his youngest, wayward son will return to the family fold. But Adam Newman (Mark Grossman) is teased to be given a new option. It is one that could lead to a deeper Newman battle on Y&R.

Jack Abbott (Peter Bergman) has not challenged Victor in any overt way in recent years. Jack’s change in philosophy can be traced to an incident with Phyllis Summers (as then played by Gina Tognoni) that hardcore fans recall.

So, to suggest Adam join Jabot would represent more than a shot across the soapy bow. Jack would be implying a renewed Abbott-Newman fight is ahead.

The Young And The Restless Spoilers – Phyllis Summers And Marco Annicelli

Marco Annicelli (Bergman in a dual role) has one good ear remaining. Victor had his fixers adjust Marco’s physical appearance so he could never pretend to be Jack again.

In one of the more fantastic and more memorable story lines in recent years, Victor became aware of a man who looked exactly like Jack. Marco was a drug lord who was jailed in Peru.

Victor being Victor, he arranged for Marco’s release, kidnapped Jack, and had the underworld figure pose as Bergman’s legacy character for months. Phyllis did not recognize the husband switch.

When the reveal happened, Jack opted not to strike back at Victor, to Phyllis’ utter amazement. That moment signaled Jack’s change of heart in not wanting to use energy for endless battles with Victor.

Victor protects his children and considers Newman Enterprises to be their legacy. So, his hopes of Adam returning to the company are stepped in a belief that is where Grossman’s character belongs.

Adam talked himself into believing that Victor disrespected him, which was an exaggeration. Victor is protecting business interests in not letting Adam become the head of the company.

Braeden’s character is currently involved in heading a cover-up. This issue is not settled, as he thinks with fallout projected due to Chance Chancellor’s (Conner Floyd) push for justice continuing.

Adam was hoping he could team with Ashland Locke (Robert Newman) to attack Newman Enterprises. But Ashland’s tell, about seeking personal revenge, chilled Adam to the point where he felt compelled to warn Victoria Newman (Amelia Heinle) and Nick Newman (Joshua Morrow).

Victor knows that Adam is grumpy and volatile. But he has to consider Adam’s warning to his siblings as reason for optimism.

However, if Adam teams with Jack, viewers should expect a renewal of bad feelings between the families. Yes, that will be good soap.