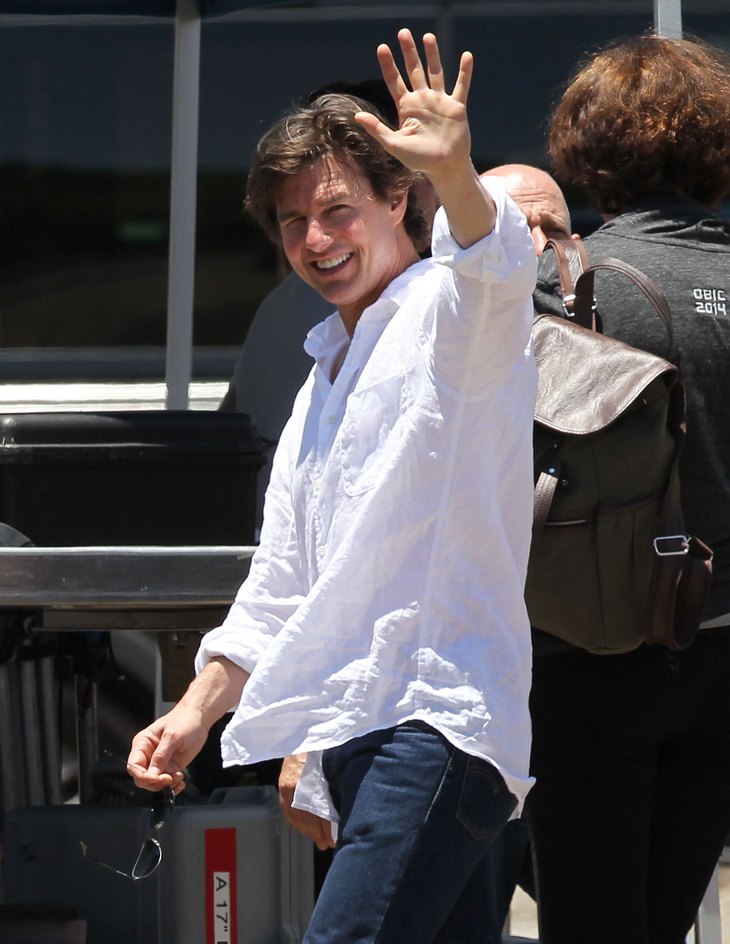 Tom Cruise has been on the prowl for a new wife since his 2012 divorce from Katie Holmes. The actor has been under fire in the past when insiders revealed that his team was literally vetting women and having them fill out applications to see if they would make the cut and were marriage material for the 52 year old actor. But, it looks like Tom’s search for a wife is off – he thinks he may have found her in 20 something year old Lola Kirke.

Tom Cruise is reportedly smitten with Lola Kirke, despite the fact that she is nearly 30 years younger than he is. They met on the set of their new film ”Mena,” and Tom instantly was attracted to the young actress. Although Tom has been laying on the charm, and is practically planning their wedding already, here’s the kicker – he and Lola haven’t even been out on a date yet.

According to insiders on the set of “Mena,” He’s in hot pursuit of Lola. Something about the fresh-faced Bohemian actress has really turned him on, and now he’s already sizing her up to be wife number 4. Tom loves her doe-eyed reaction to his stories and insights. They have become extremely close in a matter of weeks.” However, Tom may have a tough time winning over Lola, she may be young – but she is no fool. In Touch Magazine’s inside source goes on to say that Lola is “wary” of Cruise and although she is flattered – she has heard all of the rumors about how “controlling” he is.

Tom Cruise may be smitten with Lola Kirke, but he probably shouldn’t put a down-payment on a wedding planner just yet. Do you think that Tom and Lola could wind up getting married? Or is Tom getting a little ahead of himself? Let us know what you think in the comments below!