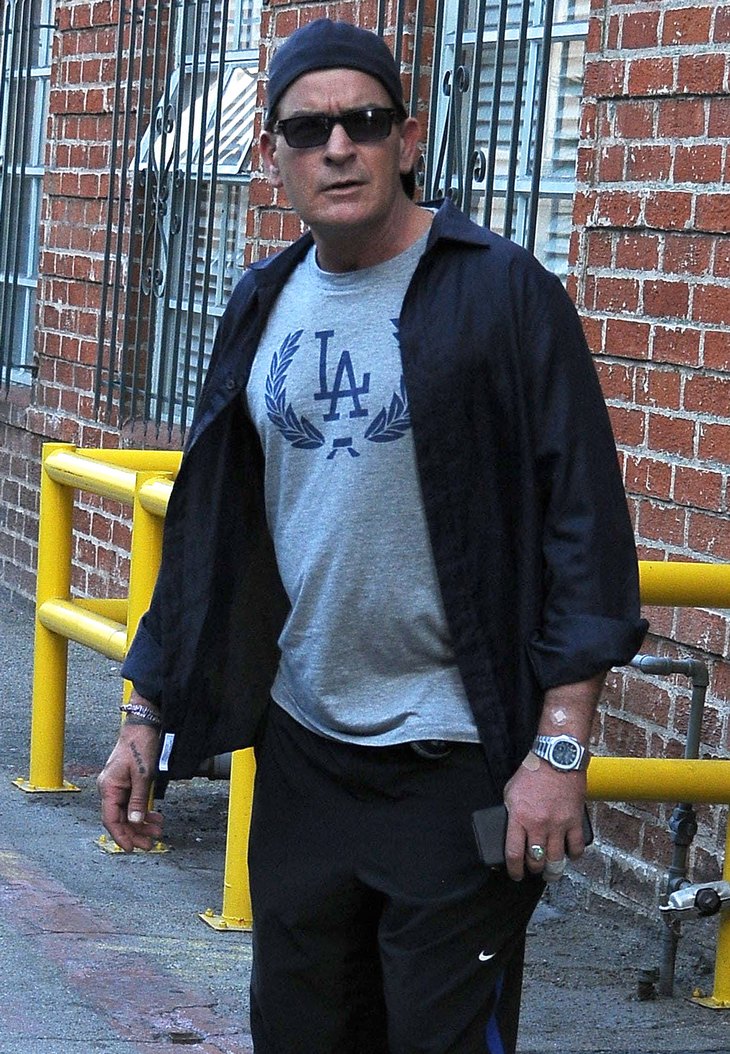 Charlie Sheen is five minutes away from being officially declared insane. According to court documents filed by his ex-wife Denise Richards, Charlie allegedly threatened to cut off her head and send it to her father if she didn’t allow him to visit the children over Christmas. The disturbing threat occurred in 2014.

Sheen told Richards, “I’m looking at a picture of your parents sleeping. I had someone go into their house, give xanax to the dog, and instead of killing them, I’d rather your mom die a slow death from cancer. I am not going to do the same for you. If you get between me and the kids, I am going to sever your head, and send it to your father, and they will live without their mom, in a mansion by themselves, without their mom, and finally have the relationship with their dad.”

Said no-one sane. Ever. It’s like a Netflix documentary starring Charlie Sheen and the two and a half men that reside in his medula oblong-whatever.

This shocking declaration of slasher flick insanity is just another notch on Sheen’s half-worn belt. Ever since the actor publicly revealed that he’s HIV positive, a mangled group of rumour mongers tackled his reputation and forced him to repay his karmic debt.

Richards’ sworn declaration could be the final nail in Sheen’s cocaine-filled coffin. The question is whether Sheen can redeem himself. Can he change his public image? Can he reinvent and reignite his inner-Tina Turner?

In conclusion, Sheen sent the following text message to Richards:

“Hope your [sic] holiday sucked you pig whore…you are playing a dangerous game with your life pig c**t. You are one jaunt away. How dare you… I will get you one day, live in fear you piece of s**t.”

Charlie Sheen is a dangerous game all on his own. He’s like an episode of Wheel of Fortune, but without letters or money or contestants or anything resembling sanity. It’s like David Lynch up in that joint. No pun intended.