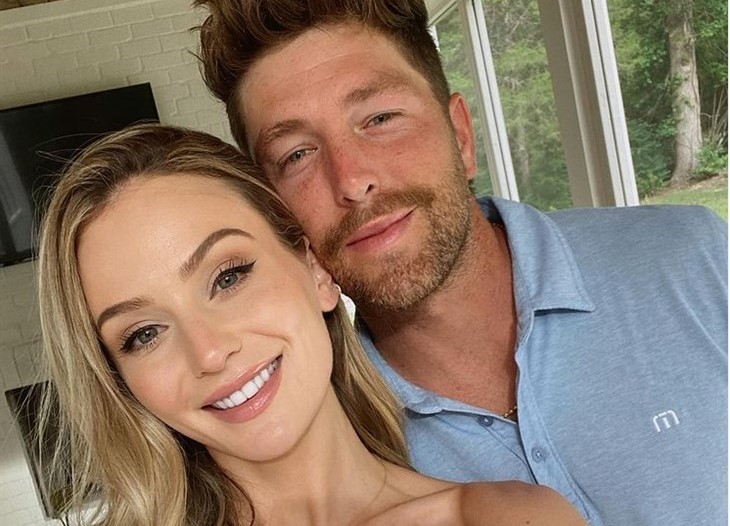 Chris Lane recently asked his fans to pray for his little son after he spent the night at the hospital. At the time, the new dad did not specify what his son was suffering from or how serious his condition was, but his fans sent in their heartfelt prayers for the family, wishing the little boy a speedy and full recovery.

Now, baby Dutton is much better and is now home after spending a rough night at the hospital. The proud parents shared the good news with fans.

Lauren happily shared updates about her baby returning home from the hospital and thanked fans for their kind words to the family during an emotional time.
She shared a picture of her and her boys, husband Chris Lane and son Dutton, on social media as she revealed the good news.

“This past weekend wasn’t at all how we expected to celebrate a holiday weekend but we are all resting and Dutton seems to be feeling MUCH better! Thank you to anyone who prayed for us,” she captioned the lovely family picture. The picture sees Lauren happily gazing at Dutton, who she’s carrying, while Chris smiles affectionately down at the little boy.

Chris melted the hearts of his fans when he posted a short video of his son peacefully sleeping after his health scare. “Thank y’all so much for all the prayers! Dutty Buddy is doing much better this morning!” he captioned the video. 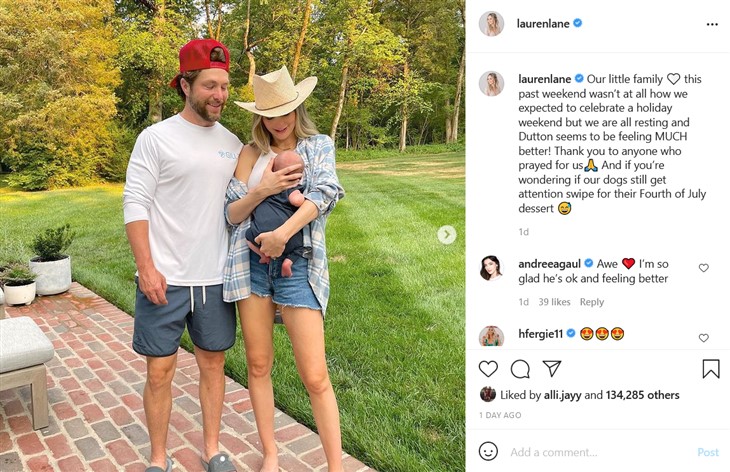 He also wrote on the picture of the sleeping child, “Home and resting! Thanks everyone for the prayers- hopefully we will keep resting and getting better.”

The updates came less than 24 hours after the pair shared that their newborn son was back at home after spending a “rough night” in the hospital for his ear infection.

Lauren revealed details of their hospital stay in a later video that captured her lying in bed at the hospital. She wrote, “Went to ER at 9pm thinking Dutton had an ear infection. 14 hours later we are home and resting but basically he has a common virus (basically a cold) and ear infection but with baby so small and under 28 days old they worry about meningitis and do a full work up/spinal tap.”

Kyle MacLachlan To Star in “Joe Exotic” As Howard Baskinhttps://t.co/oMZtbuhist

“Thankfully we just have to give him meds and keep an eye and pray it doesn’t turn respiratory or get any secondary infections,” the former Bachelor winner concluded her message.

“We have had a rough evening,” Lauren said to the camera, before turning it to show husband Chris carrying the baby. “Yeah, we have,” Chris admitted before staring out the window.

The update is coming after Chris shared the news that his newborn son spent the night at the hospital with his mother on Monday.

“They spent a night in the hospital,” he wrote in the somber video captured in an hospital room with his wife Lauren and Dutton. “Poor guy,” he said of his son, who was born on June 8.

In the video, Lauren sat behind Chris cradling their sleeping baby and typing on her phone, but looked over at the camera and offered a brief smile. “Spent the night in the hospital,” Chris captioned his video. “If you pray, Dutty Buddy needs some prayer!” he wrote.