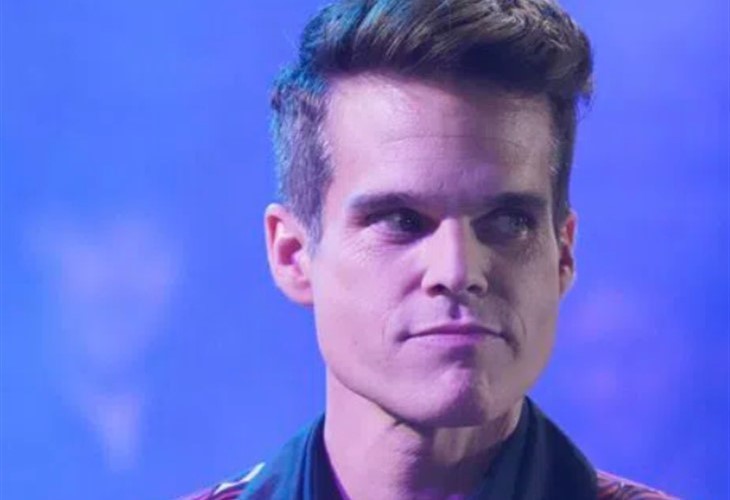 Days of Our Lives spoilers and updates tease that someone will vow revenge in an upcoming episode of DOOL!

Leo Stark (Greg Rikaart) was happy and getting ready to marry the man of his dreams, Craig Wesley (Kevin Spirtas) in a double wedding. He and Craig were getting married with his old friend “Gwennie” Rizchech (Emily O’Brien) and Xander Cook (Paul Telfer) until it was ruined! Chad DiMera (Billy Flynn) and Sonny Kiriakis (Zach Tinker) had dug up his other husband Jackie Cox (Jackie Cox) otherwise known as Darius Rose Cooper!

Sonny and Chad together had worked to find Jackie and verify that he and Leo were married under their real names and Chad stopped the wedding, Jackie in tow! Craig dumped Leo right then and there, weeping on the shoulder of his daughter Chloe Lane (Nadia Bjorlin) afterwards.

Leo, bitter and angry that Sonny and Chad ruined his dreams plots revenge against them – he wants to punish them for ruining his life! But he’s not going to do something violent or try to frame them for his death, like he did when he blackmailed Sonny into marrying him. Leo decides that the pen is mightier than the sword, and starts to work on a very revealing exposé and he has the perfect way to disseminate it. He begins work on his plot, which he is sure will be viral on the internet-so, make that a cyberpen of sorts! Leo knows many more people do their reading on the internet and social media than they do picking up a book or buying a paper!

Leo knows some very personal information about Chad thanks to catching up with his old friend Gwen. He knows about their one night stand that left Gwen pregnant, although she miscarried soon after; however, that is some very old news. Leo knows how to dig up some dirt on Sonny too, although the main focus of his exposé is planned to be Chad!

Leo intends his article to be as down and dirty of an exposé as he possibly can write. He hopes to make it destructive enough that it will cause damage to both Chad’s and Sonny’s marriages!

Leo finds just what he needs to be dirty, dirty down and dirty in his online exposés of Chad and Sonny! But knowing that Sonny has a lawyer for a father, he is very careful to vet his information so they can’t strike back with a slander suit! Leo comes up with a doozy of a destructive article about Chad, and is well on his way on one about Sonny. Leo decides since Chad brought Jackie in to break up his relationship and his wedding, he’s going to strike back at Chad first! When this hits the net, Chad will have a lot of explaining to do!