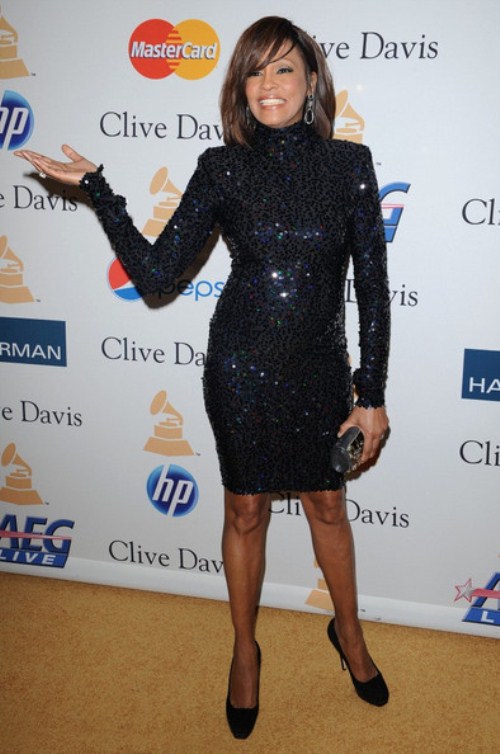 Whitney Houston supposedly hated her mother, Cissy Houston, because her lesbian relationship with her best galpal was not to her mom’s taste. Both Cissy and Whitney’s father, John Houston, were totally against Whitney’s lesbian affair since they thought any public awareness of it would damage her career. Whitney’s folks were far more concerned with the money, honey, than with their darling daughter’s happiness.

And we can see how well that approach worked… NOT! All her parent’s cared about was making more money and Cissy even tried to force her daughter into relationships with men for whom Whitney had no feeling. Some of the names on Cissy’s ‘Whitney must date list’ were: Daryl Strawberry, Eddie Murphy, Arsenio Hall, and Prince.

“Whitney hated her mother for wrecking things with her ‘special friend,’” discloses a pal. Author Kevin Ammons, who was the boyhood friend of Whitney’s publicist in the 90′s, Regina Brown, has an insider’s perspective of Whitney’s family life.

He says Whitney’s parents believed their daughter’s relationship with another woman would destroy her career. Ammons says that Cissy hated the woman, who Whitney has known since their school days. Desperate to save Whitney from being known as a lesbian, Cissy pushed her into relationships with as many men as she could.

An insider says: “But by the late 1980′s with Whitney’s career blooming her close female friend was still in the picture and practically living with Whitney – sharing hotel rooms and giving her career advice. But her galpal was jealous of every guy Whitney was meeting – and it reached a head when Bobby Brown came into her life.”

Ammons writes that his girlfriend Regina the publicist heard the galpal and Whitney get into a roaring argument about Brown and Whitney told her to “Go to hell!”

Ammons says the woman hauled off and slapped Whitney’s face – which was apparently witnessed by Cissy says the source. “Cissy yelled, ‘What the f*ck did you put your hands on my baby for?’ Then, incredibly, Whitney’s mother slugged her in the face.”

“Onlookers were said to have broken up the fight – and later Whitney was seen comforting her galpal lover who was crying hysterically, and telling the superstar, ‘I love you baby, I just love you so much!’”

Ammons says that the woman wound up so despondent over Whitney’s growing relationship with Bobby Brown that she ‘even threatened suicide.’

“She said all the Houstons hated her and wanted her dead because they blamed her for people thinking Whitney was gay,” says the source. “It’s an often-told story that John Houston went as far as trying to hire a hit man’ to beat her up.”

From the Globe Print Edition, March 12.

Do you think Whitney’s parents were way more concerned with their daughter’s career than with her happiness? Whitney was an unhappy and unfulfilled woman for most of her life and she spent her time drunk and stoned – it killed her. Would she have been happier if she had been left alone to pursue her true romantic inclinations? Let us know what you think in the comments section.